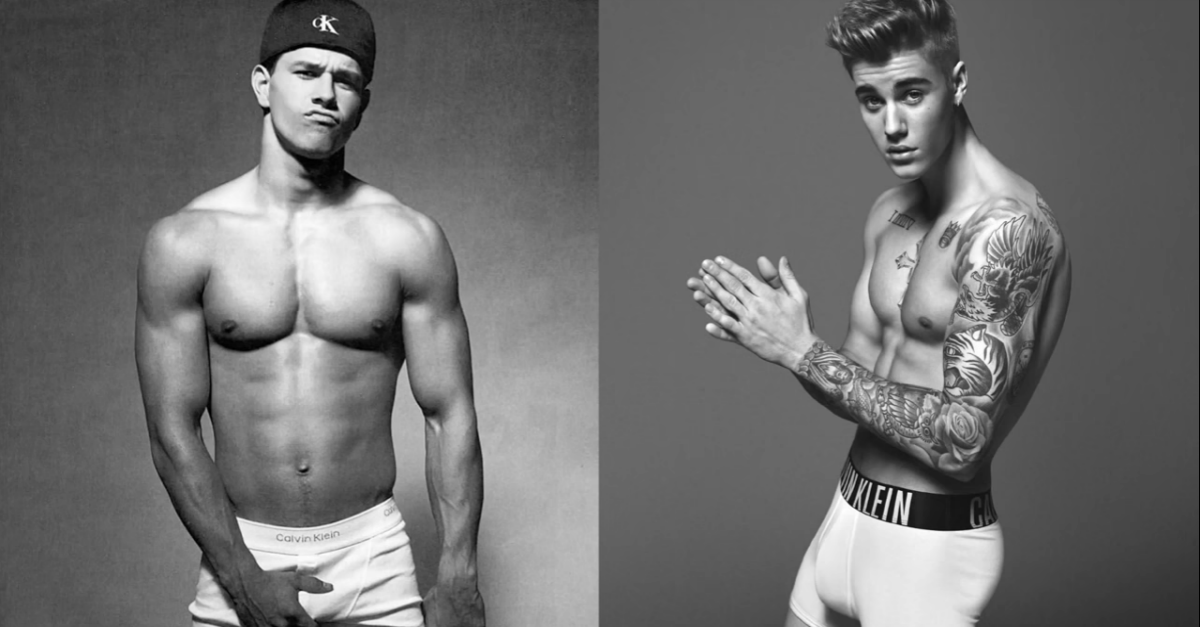 Mark Wahlberg has had a long career in the spotlight. It began when his band, Marky Mark and the Funky Bunch, rose to prominence. Since then, he’s taken on more orthodox acting roles.

However, it wasn’t long ago that Wahlberg was modeling underwear for Calvin Klein — and now Justin Bieber has his old gig.

RELATED: Mark Wahlberg and James Corden talk about how they met for the first time in a hotel bathroom

Wahlberg says that now that Bieber is modeling underwear, he’s been sending him pictures of the shoots (probably just to mess with him). The actor laughed it off, saying, “you don’t send a guy pictures like this.”

RELATED: Mark Wahlberg took some time away from promoting his new film to honor law enforcement in Iowa

Wahlberg is doing the late-night circuit to promote his new film, “Patriots Day,” which is in theaters throughout the nation.