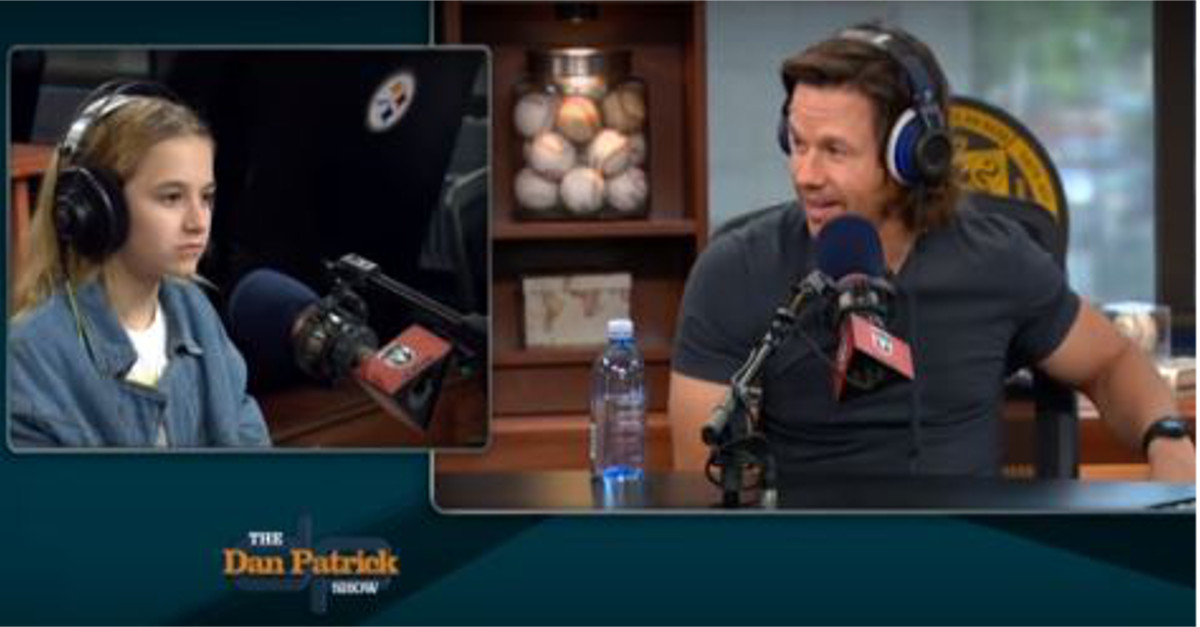 Actor and former rapper Mark Wahlberg was accompanied by his daughter when he sat down for a radio interview on ?The Dan Patrick Show? this week.

In the middle of the interview, Wahlberg?s 13-year-old daughter, Ella, asked her father if he would rap for them.

The host, Dan Patrick, said that they would go to break so that Wahlberg could get ready for his rap performance, but Wahlberg said that he was ready now.

He then started to rap about disciplining his daughter.

?I?m your 45-year-old father, and I got a rap, and if you keep misbehavin?, I?m gonna give your behind a slap. And, it?s called a spanking and if later on in life your gonna thank me. Because all the advice I?ve been given you is good for you and if not your butt and behind is gonna be black and blue,? Wahlberg rapped.

His daughter was obviously extremely embarrassed by the rap because when the camera cut to her, she was desperately making the cut motion with her hand.

Daddy Wahlberg wasn?t having any of it, though, because he proceeded to tell her that he was ?given her good information to help her behave and then she was gonna earn that phone back, girl.?

We have a feeling she’ll never ask her dad to rap again.