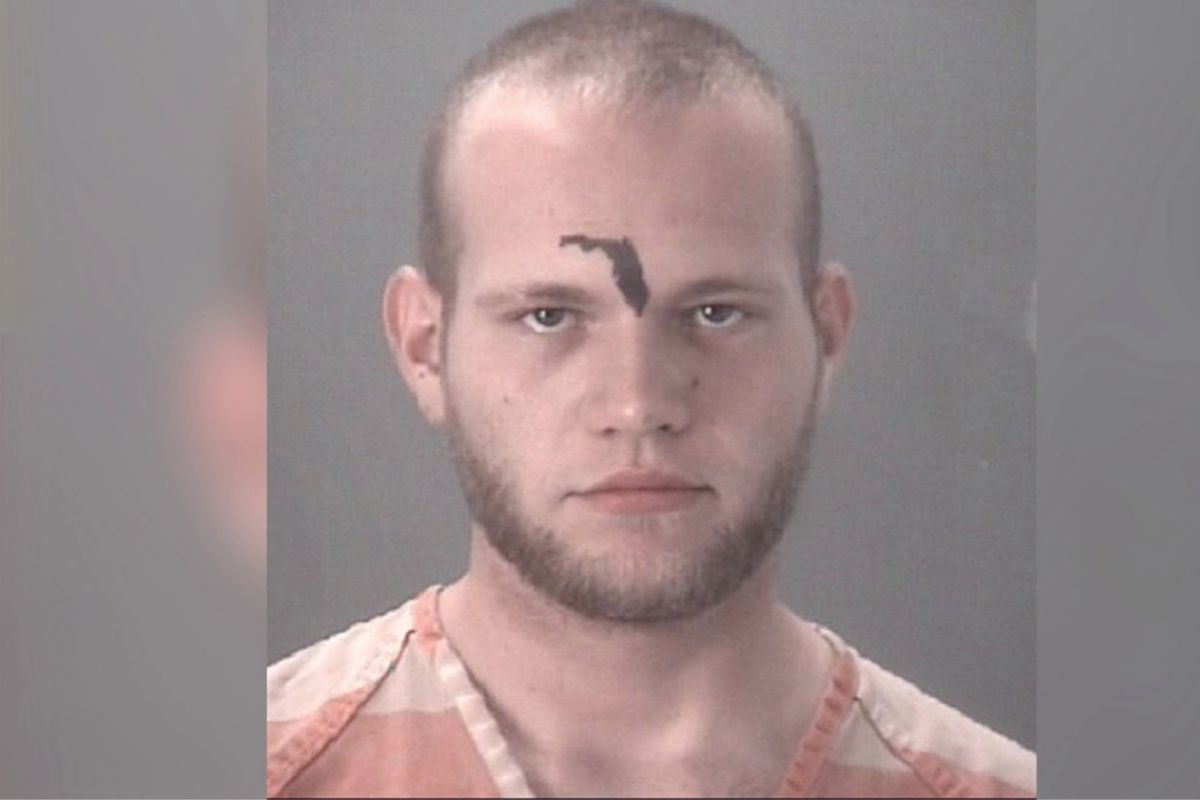 Florid, oh Florida, how I love you every day a little bit more. Turns out a Florida man with a tattoo of the state on his forehead was arrested after calling 911 twice for a ride home. You know, because Uber and Lyft were probably taking ages to get to him, so he decided to do the next best thing and call his friends at the police station.

According to authorities, 22-year-old Matthew Leatham placed the first call around 4:20 a.m. early Sunday morning in the Northwest Tampa suburb of New Port Richey. The criminal complaint stated that a dispatcher had offered to call the (probably heavily intoxicated) man a taxi, but he declined. Why? Because he had no money. A cop then stated that he was caught wandering down the road and then once again tried to use 911 for the second time as a free taxi service.

The officers were obviously were annoyed at the whole situation, so they arrested Leatham and quickly searched him, that’s when an officer found a small amount of marijuana in his possession. Leatham was quickly charged with two misdemeanors, misuse of 911, and possession of marijuana. According to the Pasco County Sheriff’s Office jail records he was released the next day after posting a $300 Bond.

I mean, this man didn’t deserve that. I don’t think they should have stopped him in the first place, just let my man be. He honestly just wanted a ride home and did the next best thing he could. He called for help, as we do sometimes whenever we need help. They should have just taken the poor man home. Also, I hope the officers were able to ask him why he decided to get a permanent Florida tattoo right in the smack center of his forehead. Because in what mentality do you have to be to get this tattoo? What a great mugshot.

Like do you really love the state of Florida this much? I totally expect this from Texas, not Florida. Honestly, whenever you ask someone who’s from Texas where they’re from they go all bonkers with pride. So yeah I totally expect it from them. Anyways, stay safe my dude, I hope you remember to download Uber next time.