An Ode to the McLovin ID, Setting the Standard for Fake IDs 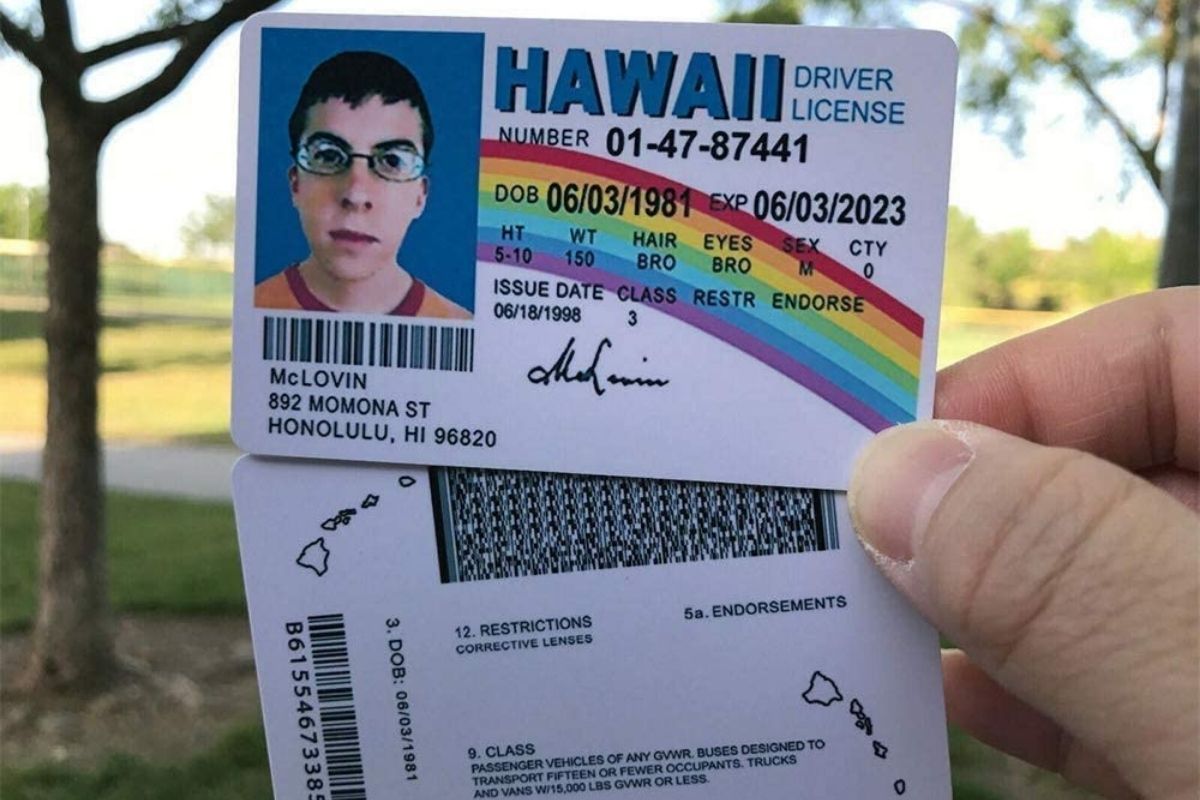 Where do I even begin? If it weren’t for the McLovin ID, I don’t think I would’ve been aware that fake IDs are actually a staple part of our early college days. 10-year-old me made sure to take a mental note to consider buying one when I turned 18. Oh, don’t act like you didn’t drink before you turned 21.

The first time I watched Superbad, I was so nervous for Fogell (played by Christopher Mintz-Plasse). The Hawaiian McLovin ID was truly the worst fake ID of all time. Like, there’s no way he’s going to use it at the liquor store, right? And what’s up with the name McLovin? Well, fast forward many years later, and Superbad fans all over the world don’t think the Hawaii driver’s license is too far-fetched.

I just want to say thank you, Superbad (and Seth Rogen and Evan Goldberg), for giving many of us the courage to use a fake driver’s license at least once (or 100 times in our life). Of course, I’m not encouraging anyone to buy alcohol with a fake ID. Possession of alcohol or possession of a fictitious license will land some people in jail or doing some community service.

Daniel Alfredo Burleson’s mugshot is a mess. Surely the Johnson County Sheriff’s Office will never forget about this trending arrest. This Des Moines man is a legend. I’d say that Seth Rogen would agree.

If you’ve never seen the movie Superbad, I highly recommend watching it. Jonah Hill and Michael Cera are fantastic in it. Once you watch it, you’ll forever think of McLovin when you hear “fake driver license.” The iconic fake Hawaii ID is still in a high school wallet of mine at my childhood home.

Can’t find yours? Check out Amazon for a Superbad McLovin ID today! They’re great birthday gag gifts for 21-year-olds and just overall great gifts for anyone and everyone who grew up watching Seth Rogen movies.

Of course, the only ID in my wallet is my real ID, but at one point, there were three?my real ID, unconvincing fake ID, and of course, my Superbad McLovin ID.

Watch: James Franco?s ?SNL? Monologue Gets Interrupted, and the Internet Loves It