Meet Norman, the curious wiener dog who just had his mind blown by an innocent little fidget spinner 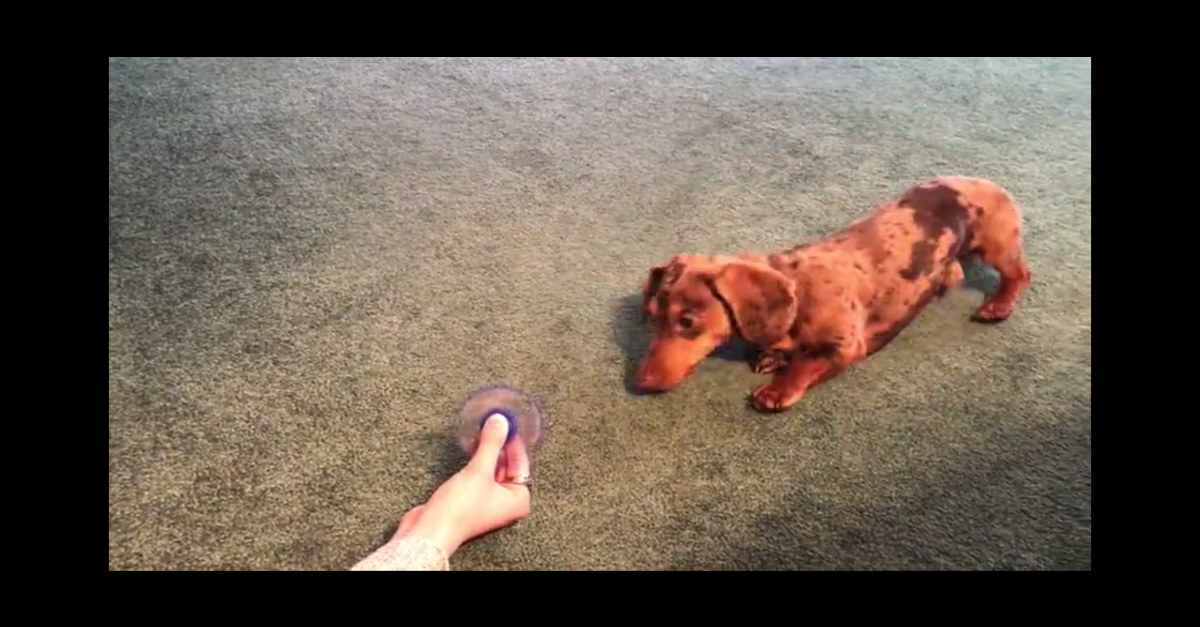 This AFV video features a cute little wiener dog named Norman confronting one of the most notoriously divisive items in recent memory — the fidget spinner!

At first, Norman seems positively dumbfounded by the weird contraption. He’s curious, but also cautious. But his curiosity eventually wins, and he dives right in.

RELATED: This bear scratches his back against a tree and becomes an exotic dancer in the process

After he seemingly figures out the mechanics of the device, Norman starts spinning it with his own two paws!

The video culminates with the adorable canine lying on his side spinning his new favorite toy like there’s no tomorrow.