Menu
Follow us
Search
Menu
Search
Melissa McCarthy's Sean Spicer helps the Trumps get over the "Nordstrom's Incident" on "SNL."

Melissa McCarthy was back on “Saturday Night Live” for the second week in a row as White House Press Secretary Sean Spicer, opening the show hosted by the man who has been filling the “presidential” spot for most of the season, Alec Baldwin.

Again, McCarthy blew the roof off of every house tuned into the show from the word go, whether with her giant piece of cinnamon chewing gum, mispronouncing every foreign name she came across or the continued picking-on of hapless New York Times reporter Glenn Thrush, McCarthy had the manic energy that every Sean Spicer press conference so far has delivered.

While talking to Thrush, McSpicer went in about how President Trump’s “SEE YOU IN COURT” tweet referred specifically to the “People’s Court,” which is totally a real court. When “Thrush” pushes back on it, McSpicer’s retort? “They are real! It says it before each case: ‘These cases are real! The rulings are final!’”

RELATED: Kristen Stewart and Vanessa Bayer star in the “SNL” indie film of the year: “Totino”

And that’s not to mention the expansion of the charging desk bit from last week or the brief aside to a home shopping network for Ivanka’s fashion line. All in all, this season of “SNL” has been classic, and McCarthy’s appearances are just the icing on the cake. 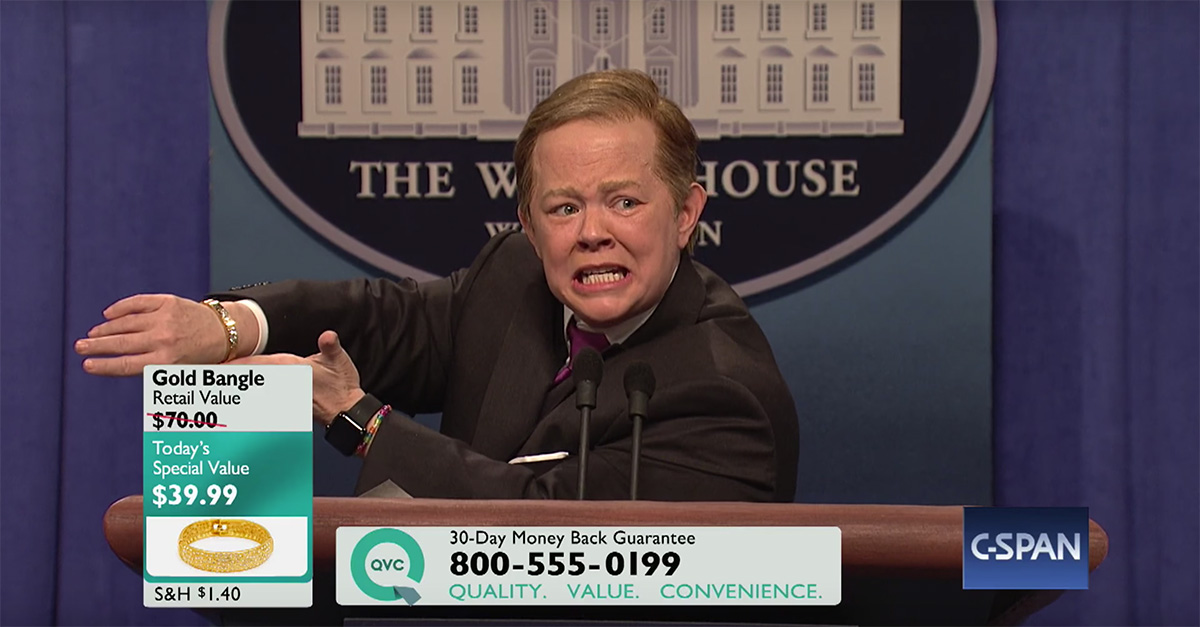