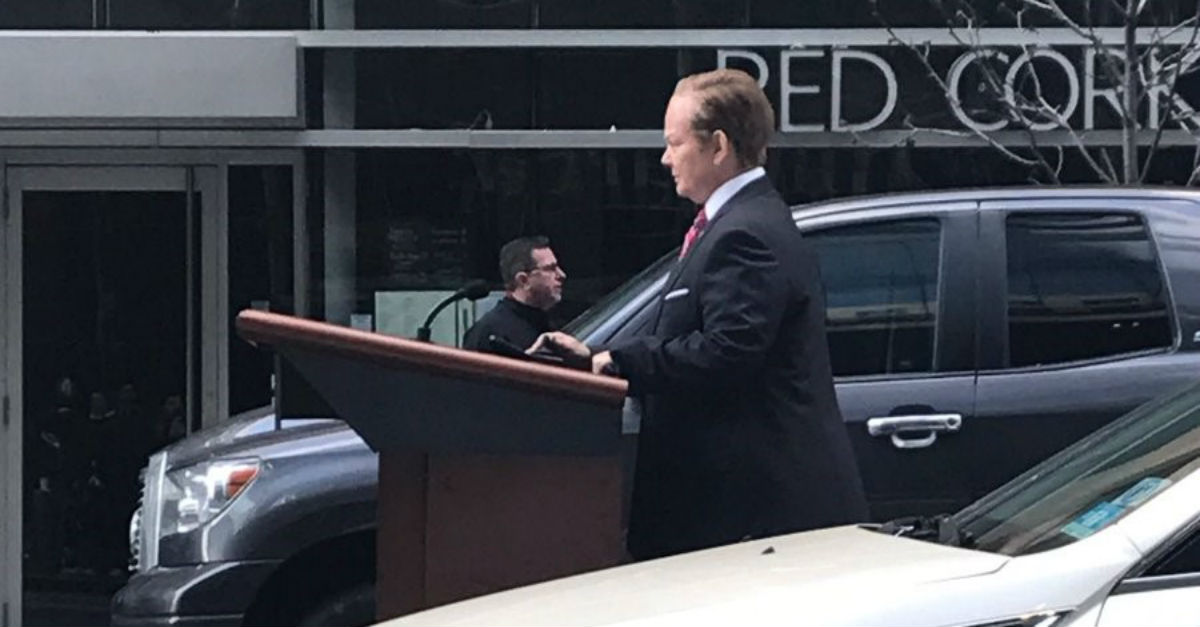 So much so, that she decided to break out her much-loved Sean Spicer get up a little bit early.

A few very lucky New York City residents were treated to the sight of McCarthy rolling down the street behind the White House Press Secretary’s podium. Videos and pictures of her stylish ride were posted all over Twitter:

Um, Melissa McCarthy is filming outside the CNN building in NYC pic.twitter.com/Az7AeWNrT3

RELATED: Check out Melissa McCarthy feeling pretty before she transforms into Sean Spicer in this “SNL” teaser

Spicer has since accepted McCarthy’s impersonation of him, once saying that it was “cute” in an interview. Spicer even channeled one of her famous lines in a White House press briefing:

Earlier in the week, SNL released a teaser of McCarthy’s upcoming appearance: