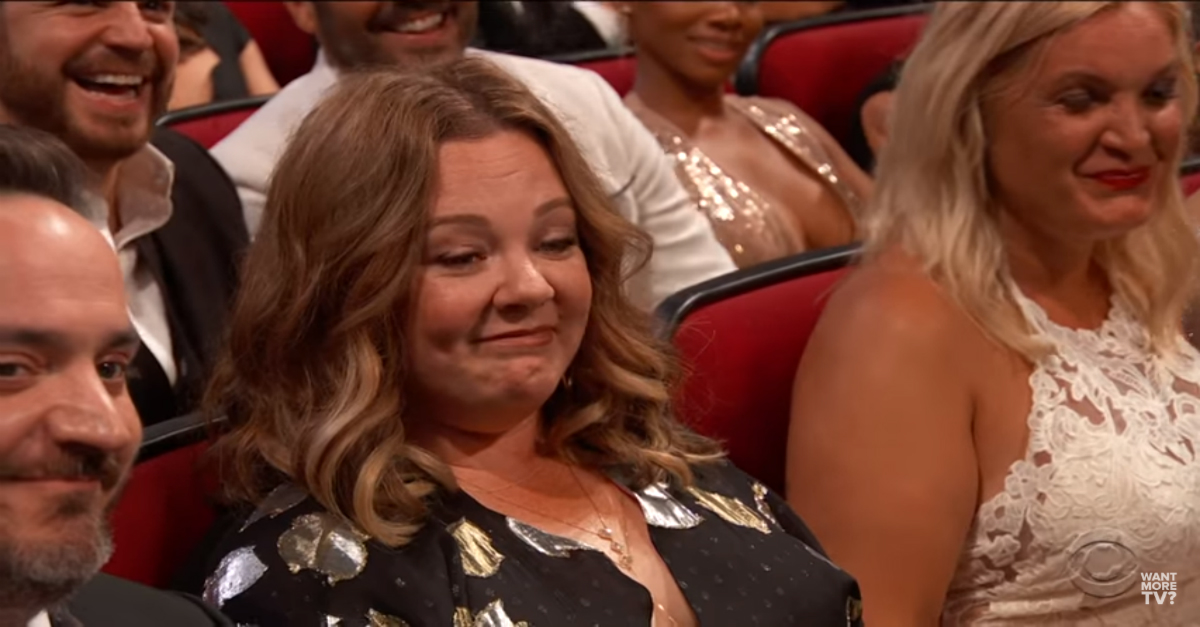 One of the most shocking moments from last night’s Emmys came during host Stephen Colbert’s opening monologue when former White House press secretary made a surprise appearance and poked fun at himself.

RELATED: James Corden cozied up to Sean Spicer at the Emmys, and people are not happy about it

It will go down in history as one of the funniest Emmys moments of all time, but it almost certainly wouldn’t have been as amusing without the brilliant reaction of Melissa McCarthy —  who surprised “Saturday Night Live” viewers earlier in the year when she appeared on the show as an excessively crotchety and oddly accurate version of Spicer.

Spicer at #Emmys. Melissa McCarthy silently says: 'This is amazing and terrible and my stricken expressions speak for the audience at home.' pic.twitter.com/jcUKanvNVi

.@melissamccarthy's reaction to this is All. Of. Us. #Emmys pic.twitter.com/mLxa6rUZnx

We are all Anna Chlumsky right now. #Emmys2017 pic.twitter.com/GQGtgCSgKx