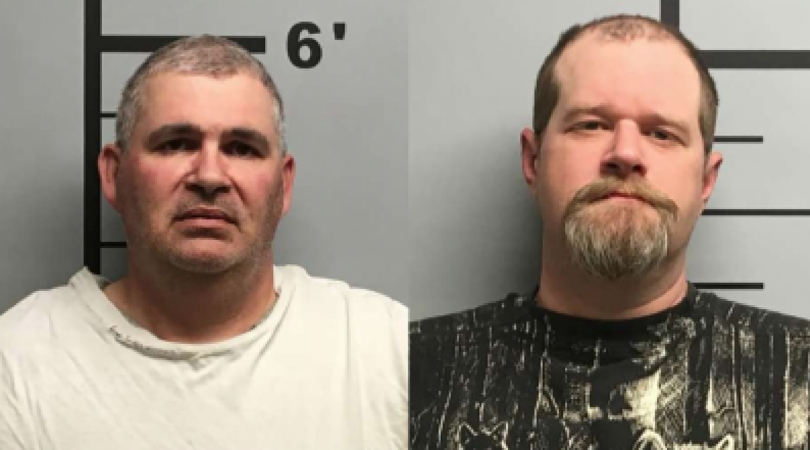 Two ‘very smart’ men, who surprisingly aren’t from Florida, have been arrested on suspicion of aggravated assault after they kept shooting at each other while taking turns wearing a bulletproof vest! Yes, according to authorities 50-year-old Charles Ferris and 36-year-old Christopher Hicks from Arkansas were drinking on a deck when Ferris told Hicks to shoot him with a .22 caliber rifle while Ferris wore the vest. Authorities say the shot left a heavy red mark on Ferris’ chest and he was so angry at Hicks because it hurt him. Because well, HE WAS JUST SHOT.

Hicks then put on the vest on Ferris and he “unload the clip” into his back, causing several bruises but no serious injuries. But how did these drunks get caught? Well, Hicks showed up at Rogers Hospital after a few hours complaining about chest pain. Not wanting to tell the true story, because duh, police said Ferris invented a “lively story” to explain what had happened. Ferris allegedly told authorities he had been paid $200 to protect an “asset”, whom he followed into the woods at Hobbs State Park.

He said that while in the woods, at about 10 p.m., the men then met a third man who approached the “asset” and prompted a gunfight. Ferries claimed to have been struck six times while returning fire and finally driving with the so-called “asset”. It was then that the “asset” dropped him off at his vehicle and then he dumped his weapon and drove to the hospital.

Although his story might sound, let’s say 30 percent true, authorities were not buying it, especially after his wife showed up at the hospital and eventually told the truth. Which was that Ferris and Hicks decided to shoot each other while drinking on the back porch of their home. Ferris eventually admitted to wearing the bulletproof vest and told police that he did indeed ask Hicks to shoot with the semi-automatic rifle.

Now, I really don’t know what happened or how this even began, but here is how I think that conversation went.

Yeah, that’s exactly how I think it went. Fight me. This whole thing is so dumb and so unnecessary, that it just makes you questions what kind of world we live in. This is why they teach you at a young age not to play with guns. Because of people like Ferris and Hick. I say we give them their own reality show on Bravo. I’ve seen worse, so yeah, I’d watch it. Let’s just hope these two aren’t found guilty because they could face up to six years in jail. Oops.