Man With Horrible, Hand-Painted Fake License Plate Gets Pulled Over, Busted for Meth 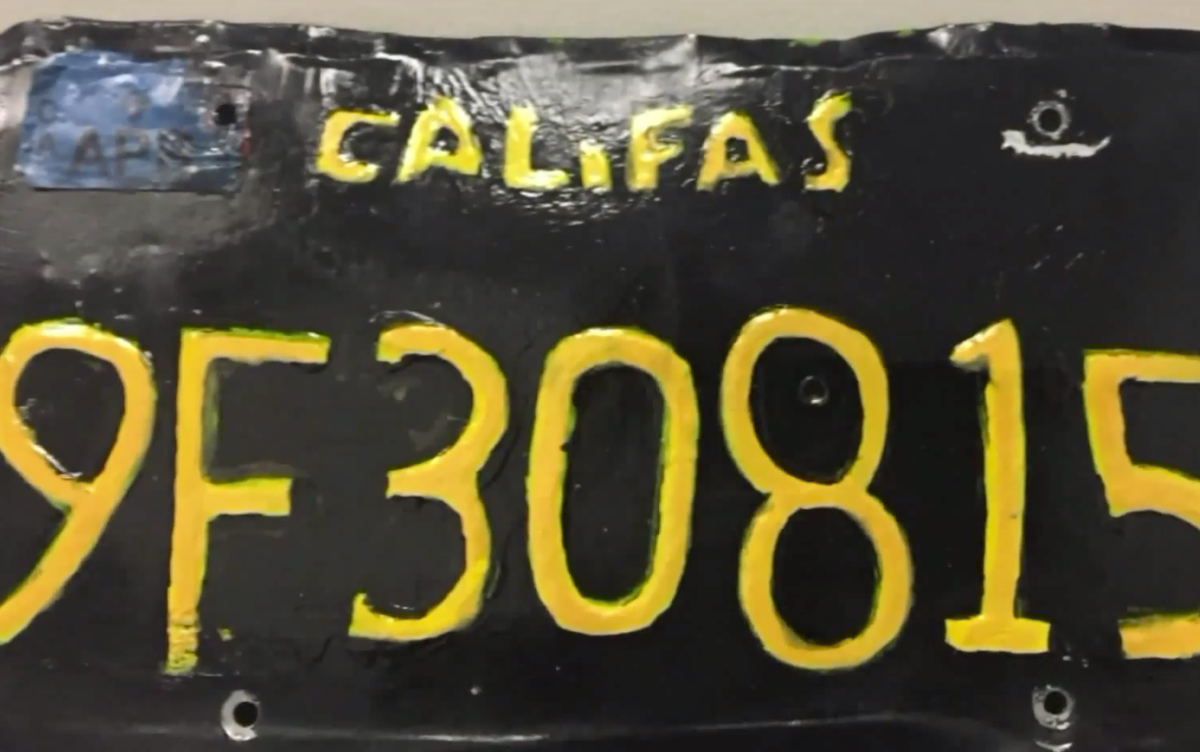 Motorcycle cop Senior Deputy David Anaya of the Ventura County Sheriff’s Office spotted the license plate and immediately pulled the tractor-trailer over because, again, the license plate was less real looking than a relationship between a divorced, well off middle-aged pool salesman and his new girlfriend who has thirty thousand Instagram followers.

It wasn’t long after that the officer realized the guy was high. Then the cop found more meth and also realized that the man, 41-year-old Jorge Salazar, had a warrant out for his arrest so suffice it to say Jorge Salazar is super duper in jail right now.

The real star of this story, though, is the license plate. It’s truly beautiful. The numbers are painted crudely and crooked, and “California” is spelled so wrong that you have to wonder if that’s even what Salazar was trying to spell. He wrote “Califas”.

Mostly this doesn’t make sense to me. The guy was on meth and has apparently been doing meth for a while. If he was on the bullet train to Crystal City (a slang term I just made up for doing meth) while making that license plate wouldn’t it have been flawless? Meth addicts are notorious for cleaning every inch of their living space when they’re high. They’re meticulous. This license plate should have been a flawless recreation of the California plate. Maybe Salazar was taking a day off from meth and just got drunk instead? We’ll probably never know.

But let that be a lesson to you, uh… 18-wheeler driving meth addicts (I guess?). If you’re going to paint a fake license plate in order to drive illegally drive your big truck incognito while taking a rocket sled to Ice Town, don’t do it drunk.

Watch: Man Hiding Drugs in His Butt Accidentally Shoots Himself in Testicles