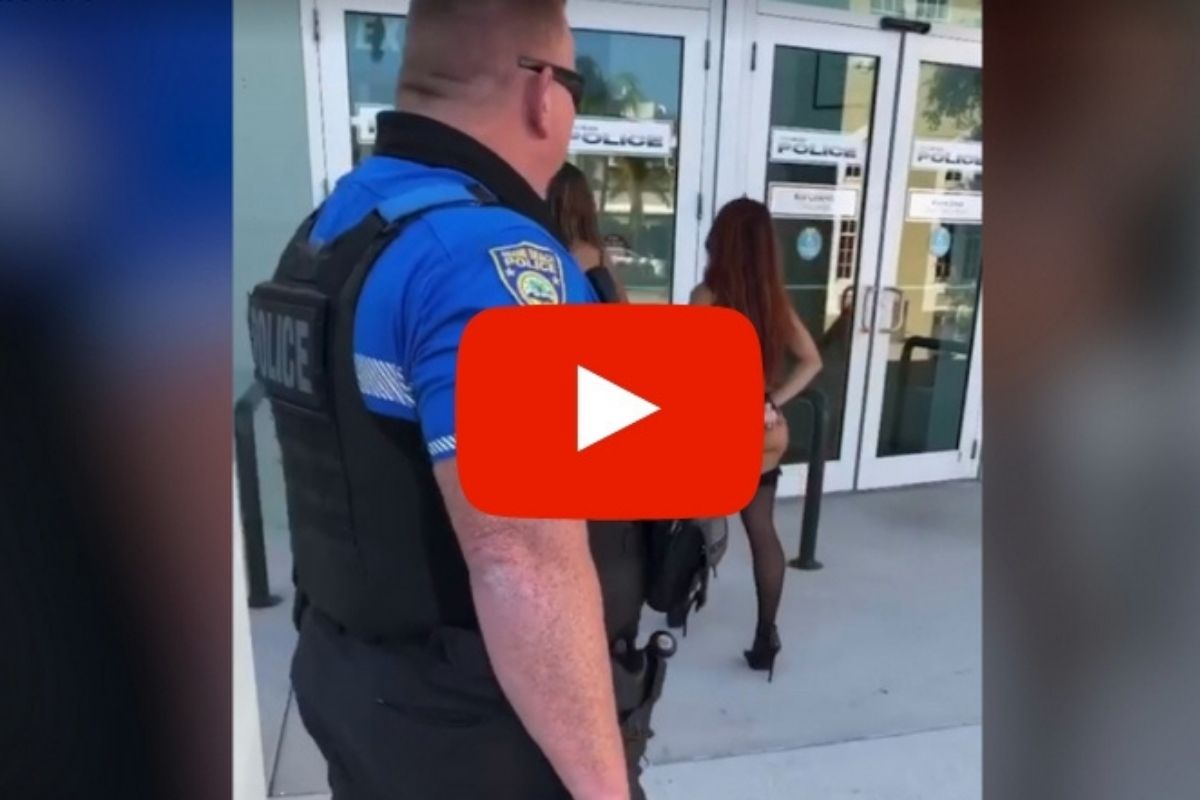 To serve, protect, and appear in Playboy music videos as needed? Yes, sir. Officer William Beeker definitely didn’t expect to be punished after volunteering to pretend to arrest three playboy models. Turns out the Miami Beach police officer was just staging a fake arrest with three “nearly” naked models in front of Miami Beach Police Headquarters, handcuffs and all. This obviously went viral on social media, because well, playboys models in lingerie and cops just don’t go together.

In the video, which has been viewed more than 1.6 million times on the three models Instagrams, Beaker is seen marching with the handcuffed women up the police station steps, and then playfully thanked for not booking them after they had been handcuffed. As expected, Beeker’s special cameo didn’t play well with top city leaders and the police department’s top brass.

More: this is the @instagram story connecteded to the post that has a #MiamiBeach officer being investigated and on admin. duty. “Enjoy the Community, I like to protect and serve,” the cop says in the video. @wsvn #7News #NightTeam pic.twitter.com/C27fTfTFqO

Miami Beach City Manager Jimmy Morales called the whole incident disgusting, stating, “These videos are highly offensive. it is disgusting that a representative of the Miami Beach Police Department, and the City as a whole, would choose to participate in this distasteful video.? Beaker has been with the force for 11 years, and was placed on administrative duty for the faux arrest on Monday and suspended on Tuesday morning by Police Chief Richard Clements. This until the department’s Internal Affairs Unit investigates how exactly the officer got involved with the Playboy model’s in the first place.

It wasn’t exactly clear if the officer was on or off duty during the filming, or if the ATV he used during the shoot actually belonged to the police department. But, the video does show Beeker, whom the woman called “Officer Bill,” was dressed in full uniform for his, uh, role. He’s really rocking those shorts.

A Miami Beach Police officer is under investigation after he appeared in an inappropriate viral video escorting half naked instagram models in handcuffs into the Police station. https://t.co/syl59cIb32

A second video was also posted on an Instagram story (which you can find here) of a Playboy cover model Francia James which featured a speaking role for the over-the-moon police officer. The woman thanks “Officer Bill” for letting them go, to which he responds, “No problem. Enjoy the community. I like to protect and serve.? He then speeds away on an off-road police vehicle.

So, let’s see. Should this Miami cop be suspended? Yeah, sure. Fired, probably not. He was just having fun, let this poor man live. He was just so excited that these women talked to him. I say a slap on the wrist, one week paid vacation, and a minor warning letting him know he probably shouldn’t be hanging out with playboy models ought to do it.

Editors Note: This article was originally published on October 8, 2019.