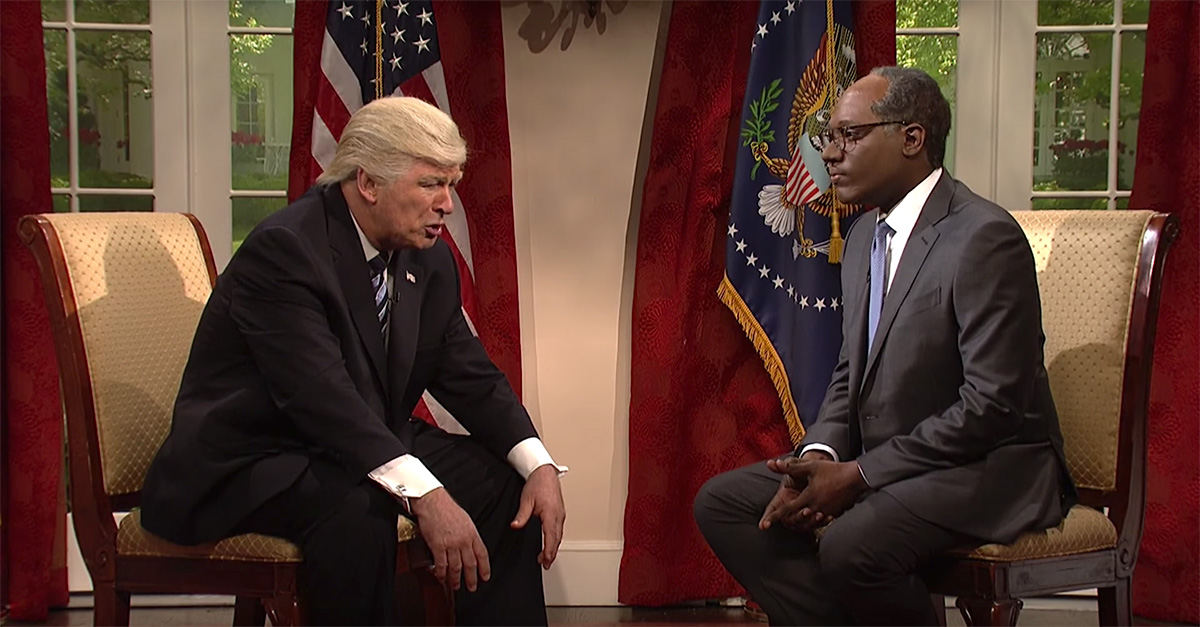 Che’s deadpan is a perfect foil to the unruliness of Baldwin’s Trump. Before Che can ask Holt’s first question, Trump asks him if he has Holt’s undying loyalty, a query met with a simple, “You don’t, sir.” And when the president goes off on an “I won the election fair and square’” tangent, Che answers with, “You say that literally all the time.”

Finally the interview gets to James Comey, whom Trump outright admits he fired for investigating the president’s ties to Russia (“He’s investigating Russia, I don’t like that, I should fire him.”).

“But that’s obstruction of justice-”

RELATED: “American Idol” is already in talks to bring one big name pop star on as a judge for the revival

Here’s the best moment, the question a lot of the country has been waiting to ask itself for the past 100-plus days: “Wait, so did I get him? Is this all over?” Che then hears the producers in his earpiece, “No, I didn’t? Nothing matters? Absolutely nothing matters anymore?”