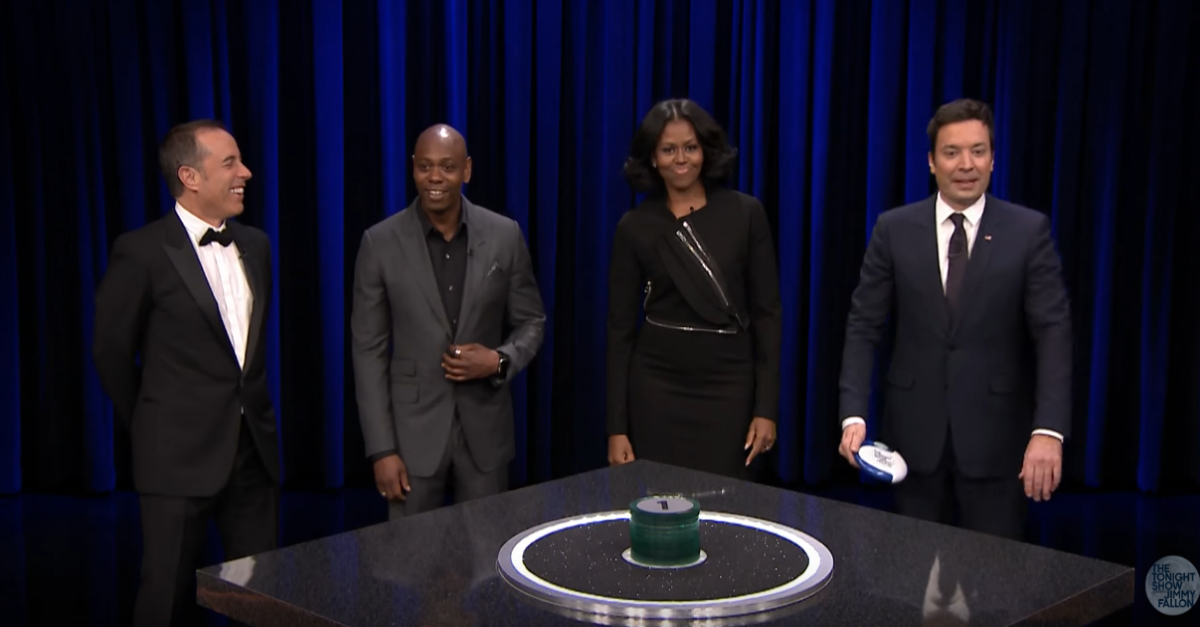 Michelle Obama is almost out of the White House, and she’s visiting the late-night shows and hanging with celebrities in her final days as first lady.

On Wednesday night, she stopped by Jimmy Fallon’s show to play a game of Catchphrase with a few big names.

The first lady teamed up with Fallon to square off against comedians Dave Chappelle and Jerry Seinfeld. Obama showed that she and the late-night host have a bit of a rapport.

We probably haven’t seen the last of the Obamas, as they have announced they will stay in Washington, D.C., at least until their youngest daughter, Sasha, finishes school.