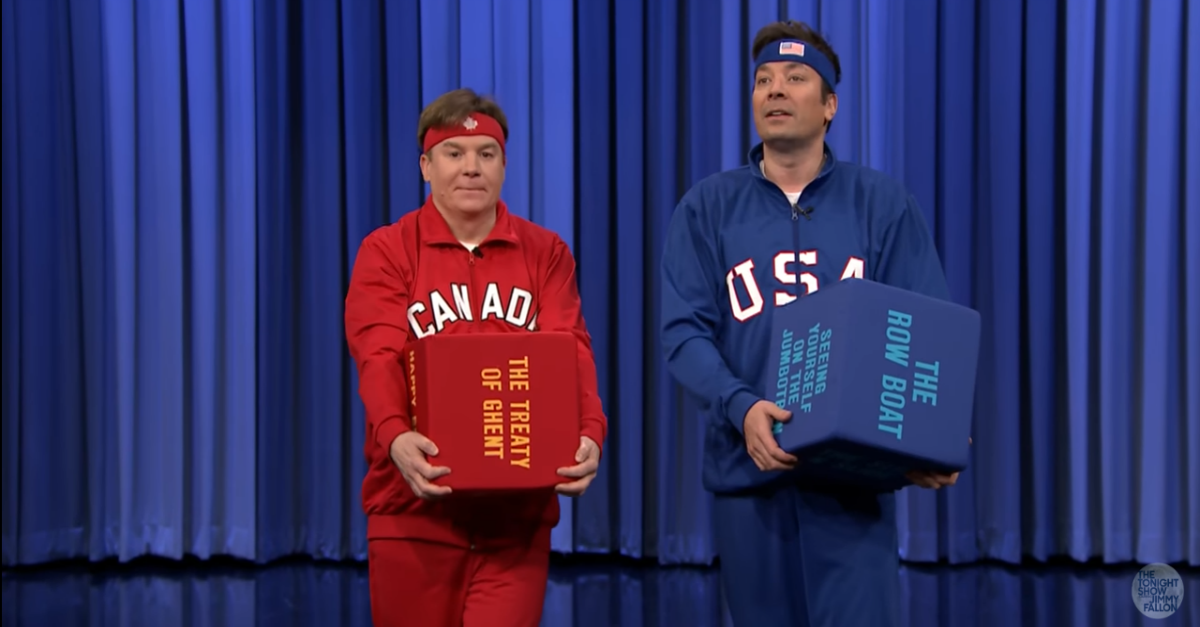 On Tuesday night, Mike Myers stopped by “The Tonight Show Starring Jimmy Fallon” and showed off his twinkle toes.

The “Austin Powers” star joined the host in a game of “Dice Dance-Off.” Each man wore a jumpsuit from his homeland — Myers from Canada and Fallon from the U.S.

RELATED: Before striking gold with “Wayne’s World,” Mike Myers was this classic character on SNL

The dice were filled with names of dances that have yet to be invented, and it was up to the two talented comics to create the moves.

While Fallon had a lot of odd interpretations, Myers’ dancing bears an uncanny resemblance to the opening sequence of “Austin Powers: International Man of Mystery.”

RELATED: These “Austin Powers” bloopers will have you saying “yeah, baby” over and over again