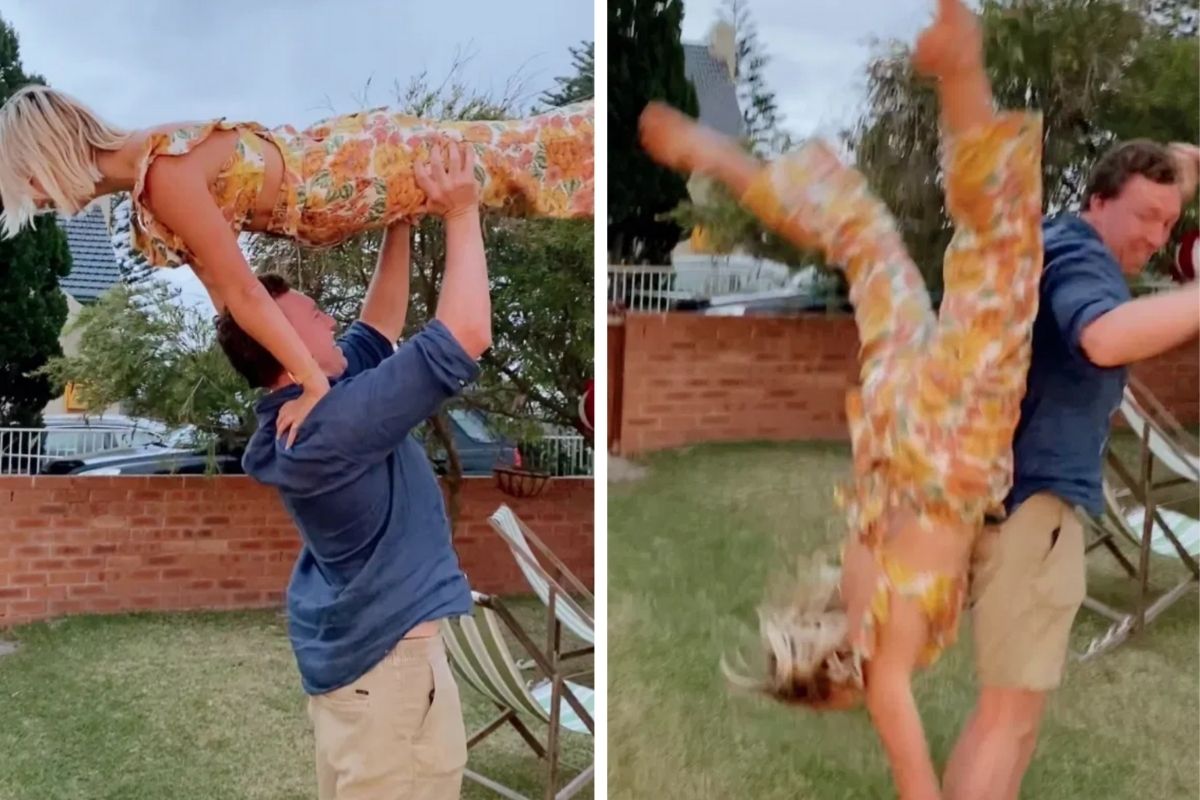 All right, somebody needs to put these babies back in their corners. I’m here to remind you that sometimes when we are a little bit intoxicated, we can become brace souls that will ultimately do dumb things that can get us in trouble. Trust me, I’ve been there, I’m not going to lie to you, I’ve done a lot of things that I’m not proud of. But, I know how to test my limits when I need to.

That being said, I’m here to also remind you that nobody should try Patrick Swayze’s moves, whether intoxicated or sober for that matter, because it’s pretty hard to nail. Unfortunately, these two decided to do it, because well, they had a little bit too much wine and thought “why not, let’s try it.” Safe to say that these babies weren’t sent to their corners, rather the emergency room. Apparently, an intoxicated dance teacher took break dancing to a whole nother level, after landing horribly on her head while trying to recreate the famous Baby and Johnny’s iconic Dirty Dancing lift.

According to 25-year-old Millie Slennett, from Sydney, Australia, everything went by so quickly, as she heard her bone-crunching underneath her. She stated, “I didn’t have my professional cap on. We’d had a few drinks — but I think having some in my system perhaps helped my fall because I was a little bit more relaxed.” The whole idea of recreating the dance came when she challenged her 19-year-old sister Rosie to a dance-off in their family’s garden. They wanted to see who could better replicate the pipeline sequence from Dirty Dancing, which was released in 1987. In the movie, Patrick Swayze character lifts Jennifer Grey’s character above his head while the phenomenal 80s hit I’ve Had the Time of My Life plays in the background.

Millie was so confident that she ran her boyfriend Conner Justin, who is 6’1 mind you, thinking they “had it in the bag” since she was a dance teacher and choreographer. In the video, things started out very well giving them hope for the ending, as she leaps into Justin’s arms, but as he gets her above his head she parallels straight to the ground. She passed her boyfriend’s shoulders and then is send landing on her head causing her neck and body to be folded like a folding chair. She stated, “I kept trying to lift my legs higher, and then they got above my head. It went from fine to not fine within like 0.3 seconds.”

Obviously realizing something was wrong, Rosie immediately stopped filming and rushed the woman to the hospital where CT scans revealed that she had miraculously escaped any damage other than bruising from the horror fall. Seeing the accident footage, doctors were highly surprised that she could walk at all. Millie stated “I know I’m so lucky. It could have been so much worse. I could have snapped my neck or done damage to my spine. I could have died.”

Now, Millie definitely does not recommend anyone trying the epic dance routine if you had one too many drinks. She is one lucky woman. Also, this would be a great Tiktok if you ask me.