My dad has set out bird feeders along the front of my childhood home since birdwatching has become a passion of his. He enjoys looking out the window of his home office and watches as cardinals and blue jays flutter to feast on what he’s set up. But he has one complaint: pesky squirrels always try to steal the food! The solution? He hasn’t figured that out yet, but maybe getting the squirrels drunk might help.

In Inver Grove Heights, Minnesota, Katy Morlok had put out old pears for wildlife to eat. She gave them a little feast to help celebrate the holiday season. One specific squirrel, who she calls Lil Red, took one of the pears for himself and scoured up a nearby tree. An hour later, Lil Red came stumbling down, clearly unbalanced and clumsy. But also clearly looking for the rest of the pears. Morlok, initially confused at Lil Red’s demeanor, told FOX 9. “It kind of dawned on me: ‘Oh no, those pears were so old, I bet they fermented,’” realizing that the fermented pears were causing Lil Red’s drunken appearance.

Minnesota Squirrel Gets Drunk Off Of Fermented Pears

Morlok was slightly concerned that she was doing Lil Red harm by setting out more fermented pears on the picnic table. But the drunk squirrel seemed to enjoy it so much, she did anyways. The video shows the squirrel coming back to the bowl of fermented pears in a drunken stupor. Ready for more as its little hands grasp each one.

And to really make sure Lil Red was okay, Morlok checked on him the next day. He was totally fine. She said, “In the morning, he came back for his little hangover breakfast and he’s been fine ever since.”

So yeah Dad, if you’re reading this, the trick is to get the squirrels drunk. And maybe they won’t mess with your bird feeders anymore. 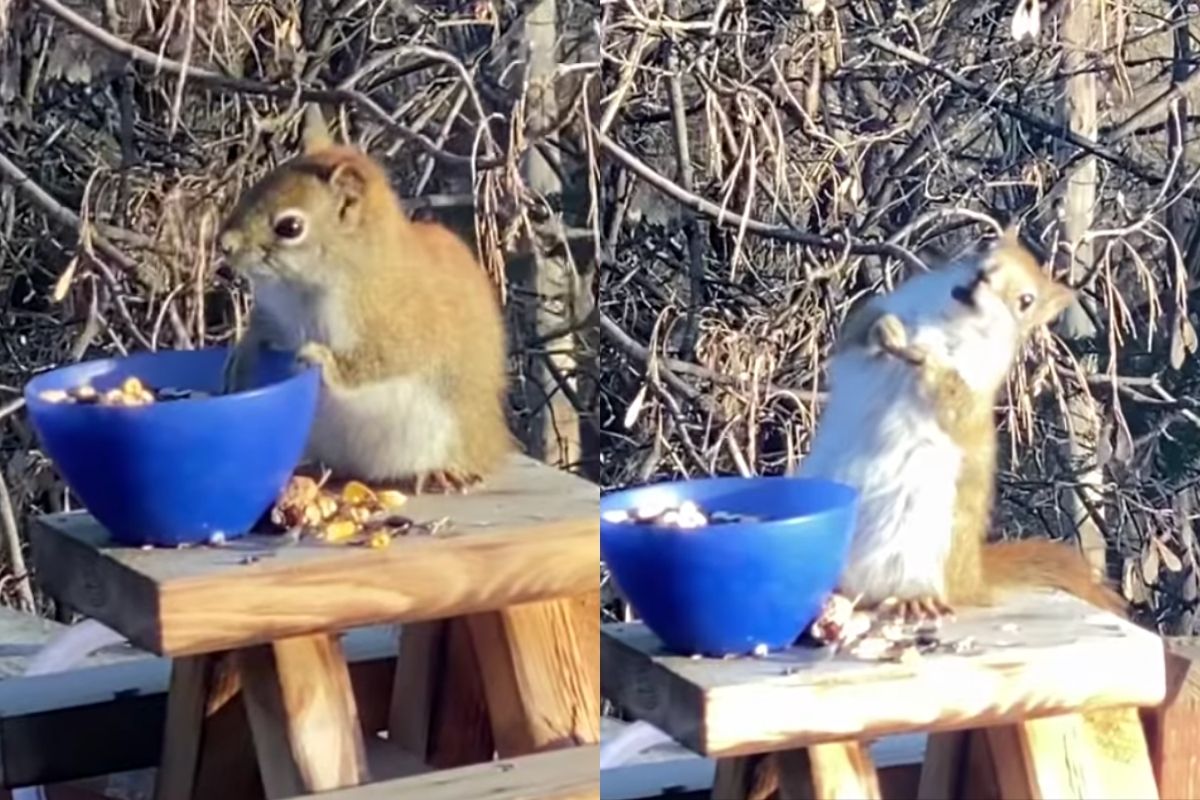