Model Claims She Was Banned from Tinder For ‘Being Too Hot’ 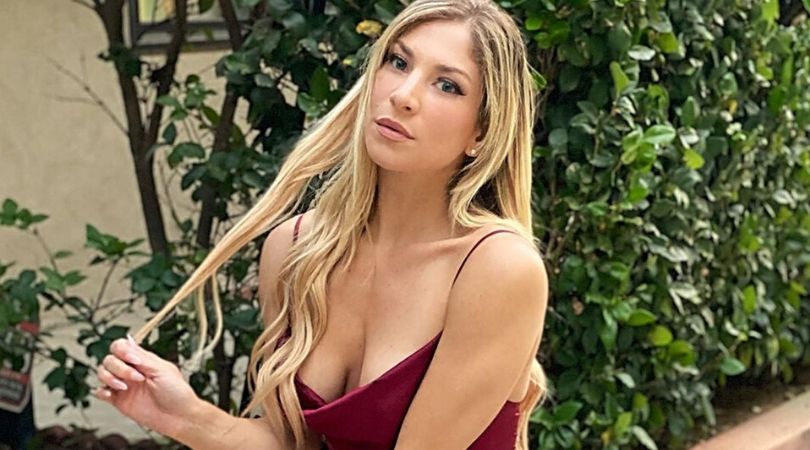 Uh, Tinder, you need to reevaluate your choices. Did you forget who you are? What you stand for? What people use you for? How are you going to ban a woman for doing what every other man (and some women) are doing? I can personally tell you that I have had my fair share of dick pictures, and these men are still roaming around the app. Banning a woman on Tinder for being too hot is low, even for you. I will say this is a little bit embarrassing, tho. Getting blocked by a HOOKUP APP for sharing inappropriate content is normal, but for being too sexy? What in the world are you doing, Tinder?

According to Holly Valentine, she was banned from Tinder because her good looks and figure made potential matches think she was fake. Which I totally get, but come on, Tinder. Be better. The Los Angeles model said her “foray into the online dating” world began when she signed up for the social media app so she could meet men while she was traveling for work.

Already planning my next trip now that I’m back from Miami 🌴 can you guess where I’m going? I’ll give you a hint…it’s definitely NOT going to be warm ❄️ . Photo by: @sebby_raw Thank you: @thejennalee Dress: @prettylittlething Powered by: @chivetteofficial Mgmt: @bellabelievetalent . . #travel #sundayfunday #sundayvibes #angel #blonde #beautifulgirls #whitedress #plt #bloggerstyle #style #inspo #chive #kcco

The 26-year-old model, who has over 1.2 million followers on Instagram (@holly.treats) stated, “I bought the most expensive package that they offer that lets you set your location anywhere. It’s like, $86 for an app is expensive! I used clean pictures, did everything I was supposed to, swiped right on a couple of people, I got some matches and then started binge-watching ‘Game of Thrones.’”

But, that quickly stopped after she claimed she was blocked from the app, and then was bombarded with several messages declaring she was too beautiful to be real. The Instagram model also stated that she received no refund or explanation for her lockout. When she contacted Apple about the dating app, they told her that refunds were up to the description of Tinder but that the app wasn’t agreeing to it, and couldn’t tell them why.

But, Tinder’s community guidelines do state that they prohibit any “sexually explicit content” and “nudity,” and by the looks of this woman’s Instagram page, well, it’s easy to see why she would have been banned. It’s full of lingerie and bikini photoshoots. Which there is nothing wrong with that, if you got it, flaunt it.

So, yes I can see why several guys might have reported the influencer. I mean, I would if I was a man. I’d pull a book straight out of Seinfield and channel Elaine, telling Jerry that she was “fake, fake, fake.” Maybe try Hinge or Bumble, Holly? Also, some pants wouldn’t hurt when it comes to taking a profile picture. Just saying. It’ll save you from getting kicked out of dating apps and people won’t believe you’re catfishing.

Wishing you luck in your love life!