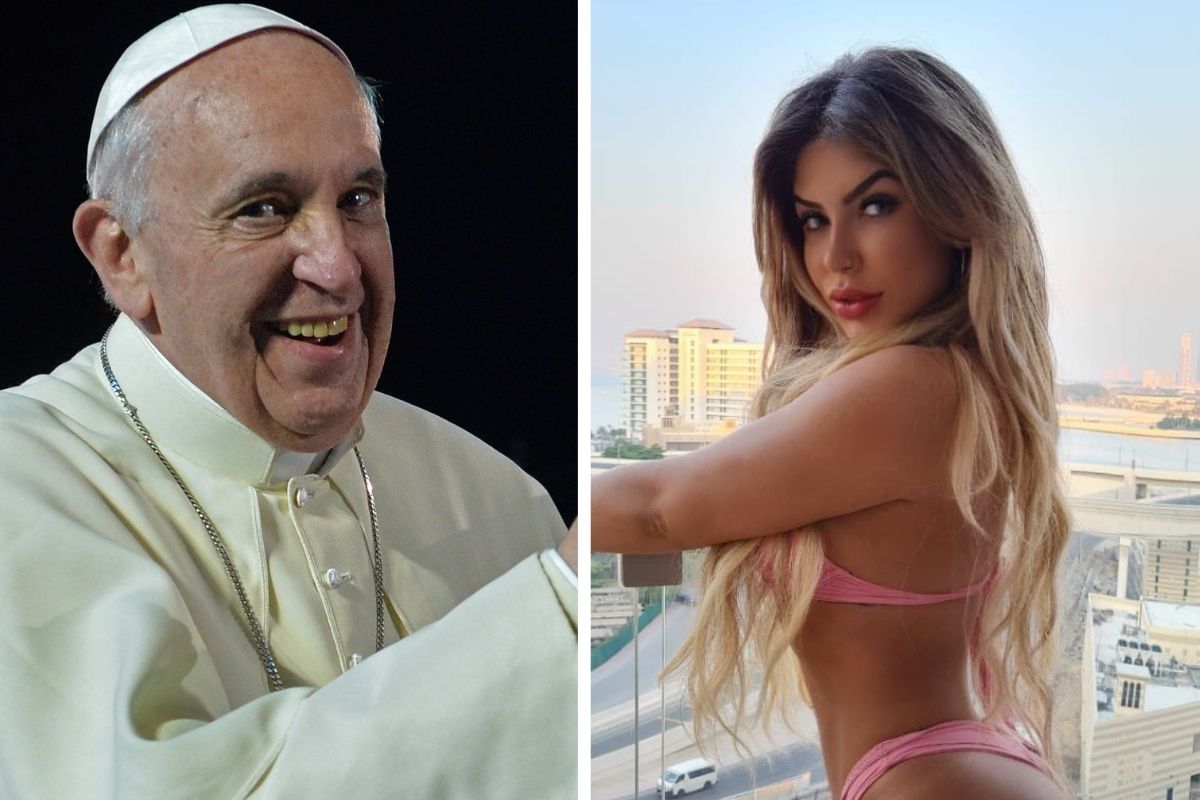 In the name of the Father, the Son, and the Holy baby oil. Apparently, a nude model is now hoping for Pope Francis to light a candle for her, let’s say, raunchy pictures. Brazilians OnlyFans model Lunna Leblanc asked the pontiff to give a former blessing to a racy photoshoot she is doing for Playboy.

In an upcoming cover of the Denmark edition of the top shelf men magazine, Leblanc stated, ?I would like the Pope to say a prayer for the success of my Playboy.? Because well, maybe a blessing means that she will get more followers, good luck for the rest of the year, and money. Leblanc stated that she follows the 84-year-old on Twitter and feels at peace with all of his messages.

But she stated that news of her request upset many people who feel that she was too sensual to even follow the Pope himself, to which she hilariously replied, ?only God must judge.? While it hasn’t been very clear how Leblanc made the hilarious request, she may have been inspired by the several reports saying that the head of the Catholic Church has been going pretty crazy on social media, specifically Instagram. Pope Francis’ Instagram account was accused of liking a racy photo of Natalia Garibotto, who is a Brazilian model.

The picture show Garibotta in lingerie sitting with her rear end facing the camera. The Catholic news agency responded to the incidents stating, ?The exact time of the ?like? is unclear, but it was visible and reported by news outlets on November 13. The photograph was unliked on November 14, after CNA asked the Holy See Press Office for comment.? But, it wasn’t unliked before Garibotto?s management company captured a screenshot and posted it to its own Instagram account along with the comment, ?POPE?S OFFICIAL BLESSING.?

The news agency did state that Pope Francis’ social media accounts are managed by a team and not necessarily Francis himself. Still, the Vatican launched an investigation into the matter. Do I think Pope Francis likes the pictures? Of course not, this man doesn’t probably even know how to log on to Instagram. He’s too busy blessing other people. I do think that maybe an intern accidentally thought they were logged into their own account and liked it. Still, it’s pretty funny to see, and it’s funny that now Playboy models are asking for his Blessing.

Hey, we are all children of God. Everyone deserves a blessing now and then, even bunnies.

Watch: Model Claims She Was Banned from Tinder For ?Being Too Hot?