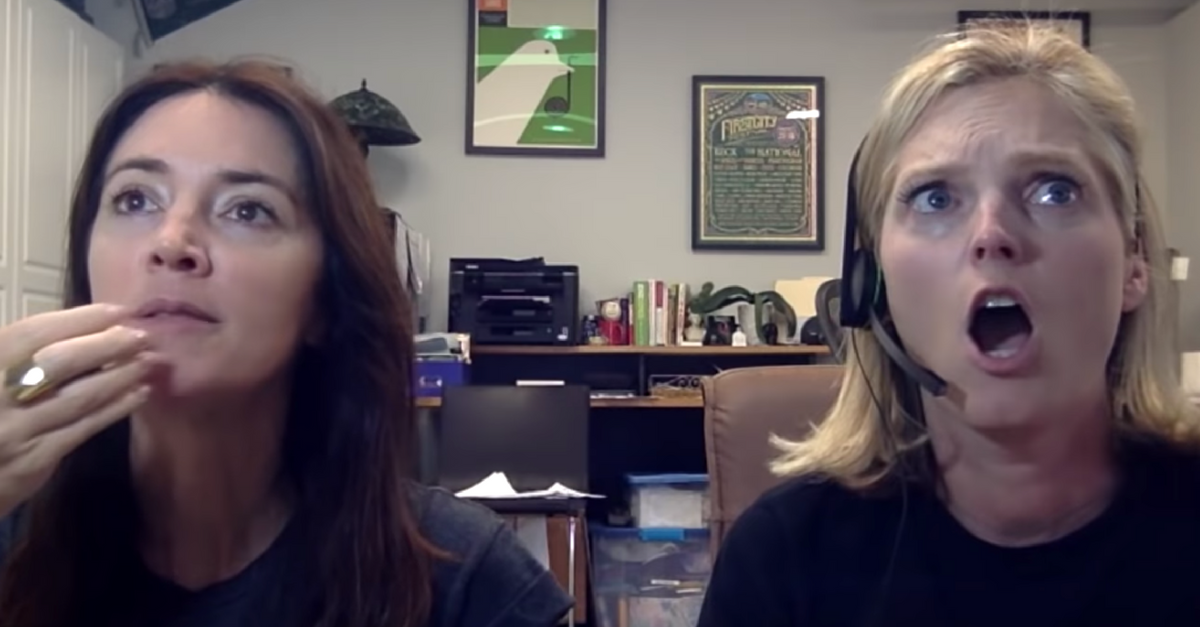 As Gen Xers and Millenials — the first two generations to have the internet for all or at least most of their lives — get older and keep having kids instances of parents trolling their children are going to increase exponentially. By the time Gen Z is having kids, child trolling may very well be a sport. (Something has to replace football, and psychologically damaging your kids’ heads is probably still healthier than doing so physically.)

Jimmy Kimmel has been encouraging parents to troll their kids for years.

This is only going to keep happening. In fact, it makes the prospect of having a kid infinitely more exciting. Presumably, milestones like first words and first steps will still be important, but oh man, that first troll is going to be a special day.

Enter The New Stepford‘s most recent video, in which she and a friend reenacted and lyp-synched real recordings of their kids playing the intensely popular and outrageously addictive video game Fortnite. It’s got all the squeaky-voiced screaming, farting, and yelling at mom for doing something wrong that you’d expect out of two young, teenaged boys playing video games.

“THIS ISN’T A JOKE MOM!” – Every kid ever, about something that is definitely a joke.

The boys did know they were being recorded, which is both impressive, because even despite knowing that they still couldn’t control most of their innate teenage boy instincts, and a bit disappointing (maybe), because we were deprived of hearing the truly stunning, immature, and only half-understood profanity teenaged boys use to communicate with each other and describe the world around them. Though under the pressure of a Fortnite Battle Royale it’s unsurprising the former happened and downright stunning the latter did not.

Regardless, props should be given to The New Stepford a.k.a. Whitney Cicero, and her comedy friend Angela Hoover, on the video (and the dance moves). She is truly a pioneer in child trolling. We should all hope to one day* be so effective at tormenting our kids.

*Cue the planning of hundreds of lip-sync YouTube videos of parents acting out their kids’ conversations about girls/boys, sex, philosophy, their friends, etc.