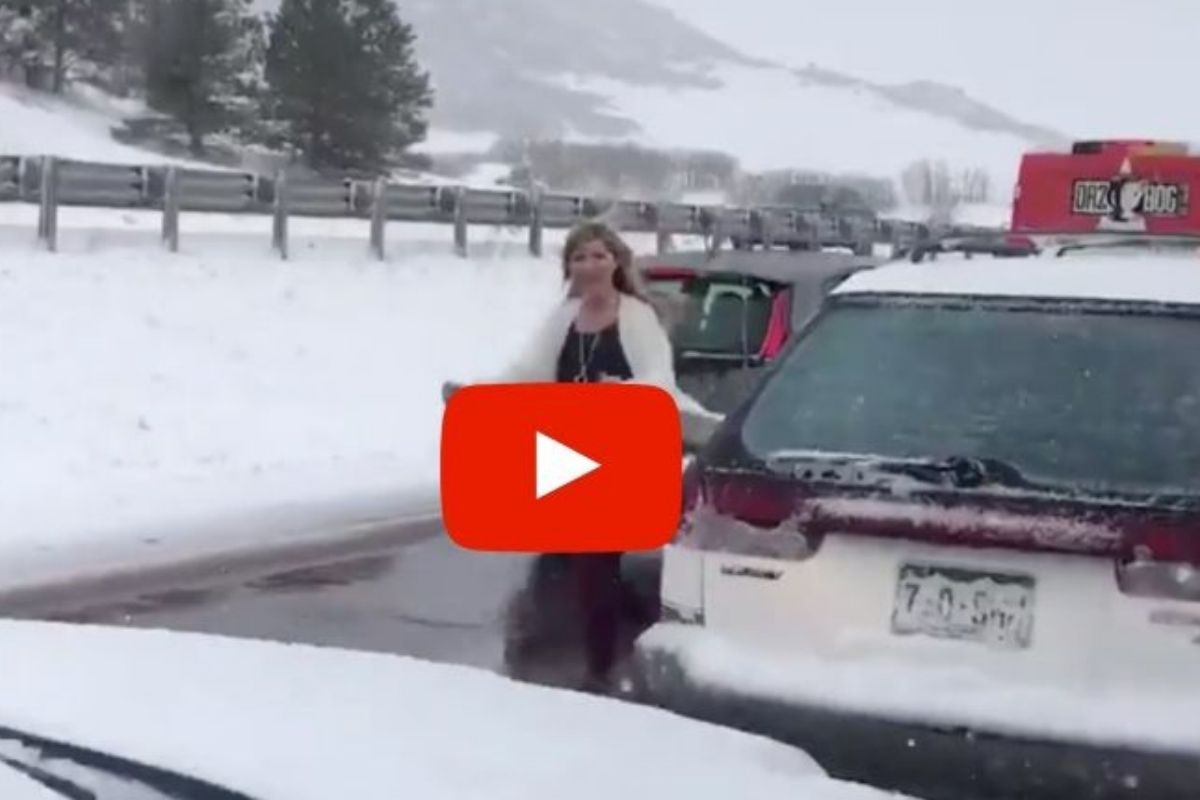 “I’m not a regular mom, I’m a cool mom!” This is exactly what I think this mother was saying while dancing in the middle of the street where multiple cars could see her. This mom didn’t regret one single thing and just wanted to cheer people up! Because well, they were probably bored as well.

According to the mom, Wendy Gossett, her and her son had been sitting for 4.5 hours in “what looked like a zombie apocalypse” snowstorm traffic between Colorado Springs and Denver. It was the worst back up in 1-25 history due to the snowfall. That’s when her favorite boy band, the Backstreet Boys, came on. Everyone knows that you have to dance whenever the boy band comes on. It’s a rule.

So, the Colorado mom decided to stop everything, put her car in park and hop off. Yup, she pulled a Ryan Gosling and ‘La La Landed’ it. What I found hilarious about this now-viral video was that yes, this poor kid was more than embarrassed, but you can hear someone saying, “Oh boy,” in the back. That’s when the mom forces the person to get out and dances between the cars stopped in traffic. There she is just grooving it out in between cars and smiling at people.

Listen, all she was trying to do was cheer up her 16-year-old son Nathan who was getting more frustrated by the minute because of the traffic jam. I mean if you’re sitting in a place for 5 hours, the least you can do is come up with a way to make someone happy to make the time go by faster.

Mom’s on the Move!

I wish other people would have gotten out and danced with her. I’m glad she posted this video on Facebook, it goes to show you that sometimes all we need in life is a little bit of fun. She made the most out of a bad situation!

Also, props to this momma for those impressive dance moves. You know she’s always the first one on the dance floor at weddings. It’s a one-woman dance party and we are all for it!

Editors Note: This article was originally published on January 31, 2020.