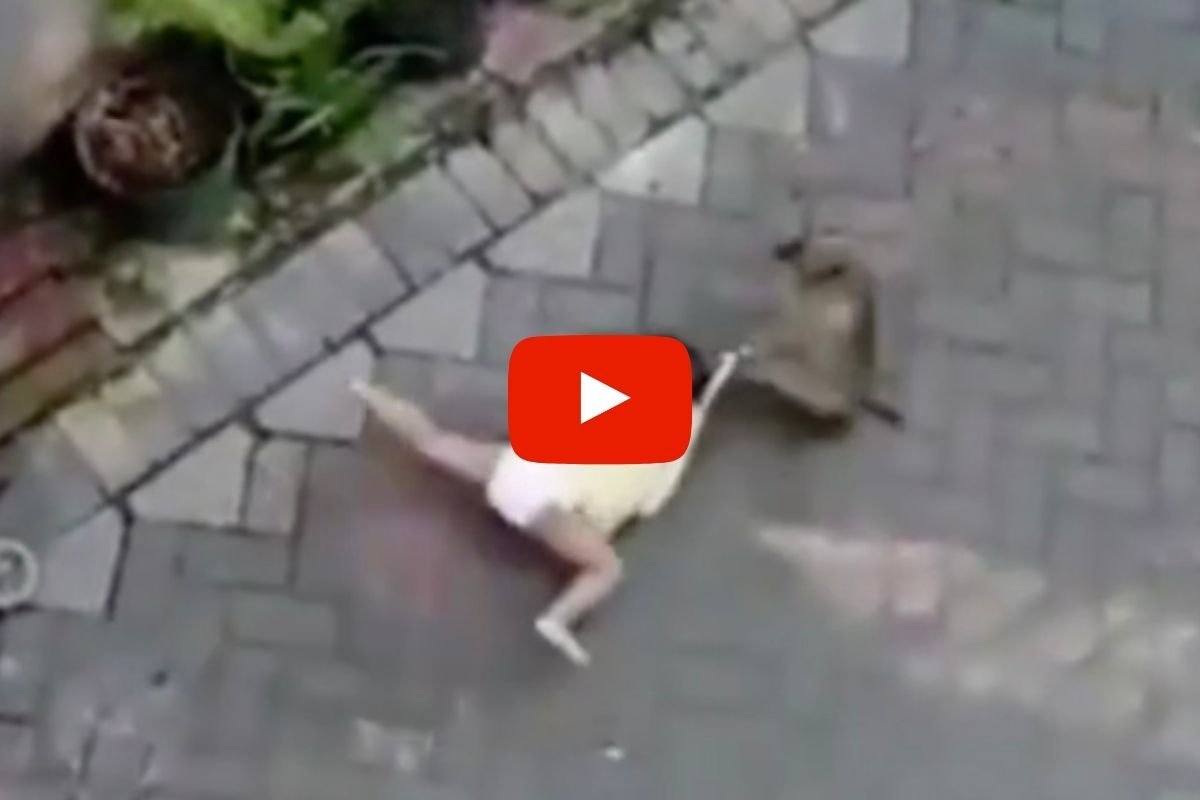 An absolutely absurd video out of Indonesia that shows a wild monkey ride a scooter up to a toddler and then leap off and attempt to kidnap said toddler by dragging it away is making the rounds on the internet and, truly, no amount of literally recapping word for word what happens in the video will actually prepare you to watch it.

The video isn’t overly violent, per se. At least not unless you have an extremely low tolerance for watching toddlers get hurt (this looks like, all said and done, it’s the pain equivalent of a little kid falling while running). It’s just that… it’s a video of a wild monkey riding a scooter up to a toddler and then leaping off before attempting to kidnap said toddler by dragging it away. How does that happen? Which part? Any of it.

The attack happened in the East Java city of Surabaya, Indonesia. It involved a traditional form of Indonesian street entertainment known as “topeng monyet,” or a masked monkey. The monkey usually performs while accompanied by music but for whatever reason this monkey decided to start yanking on the toddler instead.

After the attack onlookers chided the monkey’s owner for not handling the technically wild animal better, and then chastised him again when he started beating the monkey for behaving like the wild monkey that it is, because they believed that the owner shouldn’t be using the animal for entertainment purposes in the first place.

Imagine adding that extra bucket of stress to your parenting duties? Worrying about your kid wandering into the pool or out into traffic or sticking their finger in an electrical socket while also dealing with the imminent threat of some sleazy street performer’s monkey popping off on your helpless child at any moment. No thanks.

Editors Note: This article was originally published on May 6, 2020.