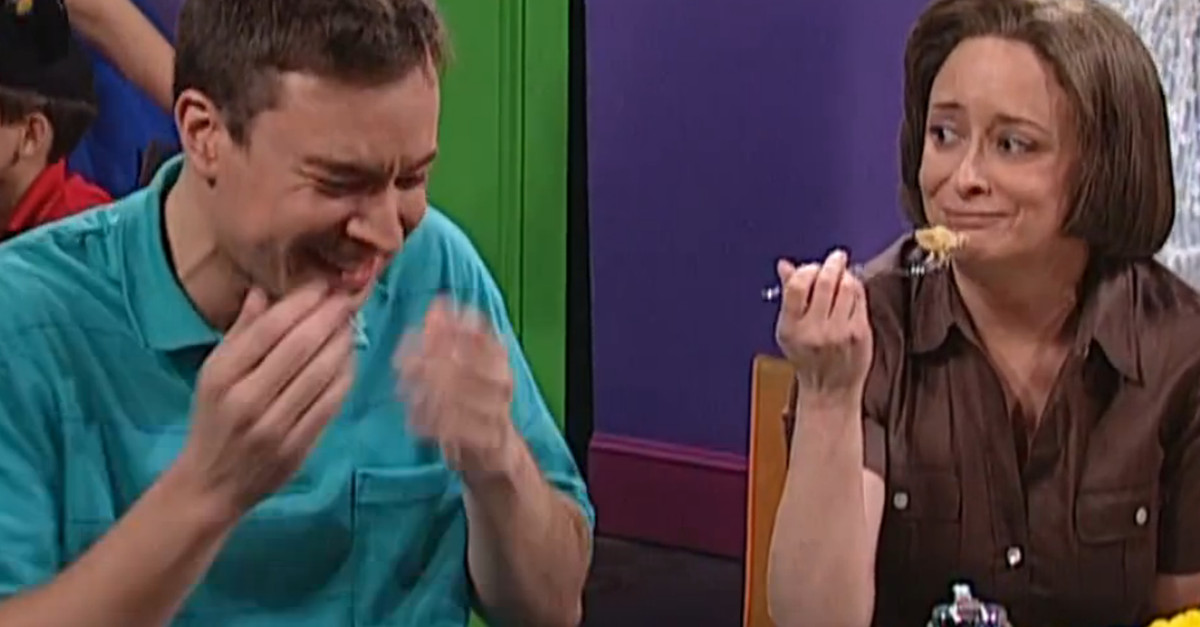 Over a decade later, fans still talk about the sketch and how fun it was to watch Dratch, Lohan, and cast-members Amy Poehler, Jimmy Fallon,  and Horatio Sanz struggle to keep their composure.

Each time Debbie delivered some sort of bad news, a muffled “wah,wah” trombone sound played and the camera zoomed in on Dratch’s face.

Ten years later, Dratch looked back on the sketch with fond memories and talked about why people couldn’t keep their composure.

“You know you try not to laugh when you’re on “SNL.” It’s such a cheat because the audience loves when you crack up and I would really try not to, but that one was just out of control,” Dratch explained to The Huffington Post.

“It was so fun. People often ask, “Is the show really live?” I like it when things go off a little to remind you, yes, the show is truly live and anything can happen. That seems to be the one people remember the most of the Debbie Downers.

In 2015, Rolling Stone named the skit one of the top SNL moments ever.