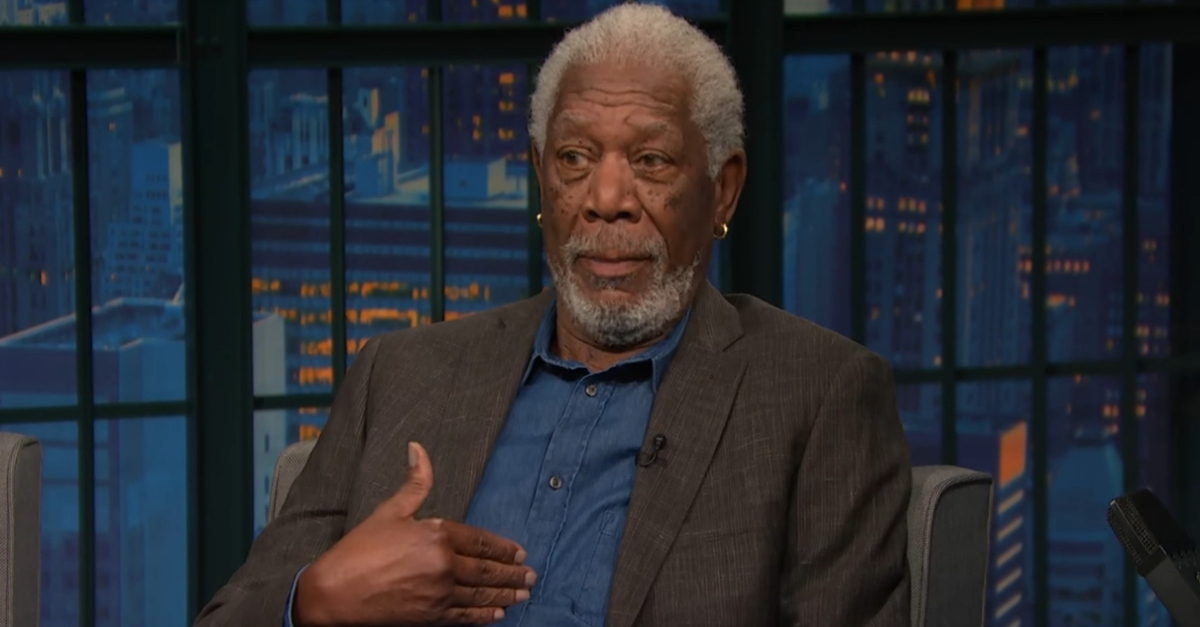 Morgan Freeman has one of the most recognizable voices in film, and it’s no surprise that just about everybody wants his voice on their voicemail greeting. On Wednesday night, the star appeared on “Late Night with Seth Meyers,” where he revealed that he lost a bet to the director of his new film, “Going In Style.” After he lost the bet, he had to record yet another voice message.

RELATED: Morgan Freeman met Prince Harry and literally had no clue who he was

Freeman admitted that recording seemingly endless messages “gets exhausting.” When Meyers offered to record his message, Freeman turned him down, saying that he had the perfect outgoing message. It seems that he found an even better voice — a deep southern drawl for his own recording.

The actor also revealed that he’s the voice of Mark Zuckerberg’s personal assistant. Freeman joked that the Facebook founder is “a good friend to have…he looks like he’s about 22 and that is just too awesome for me.”