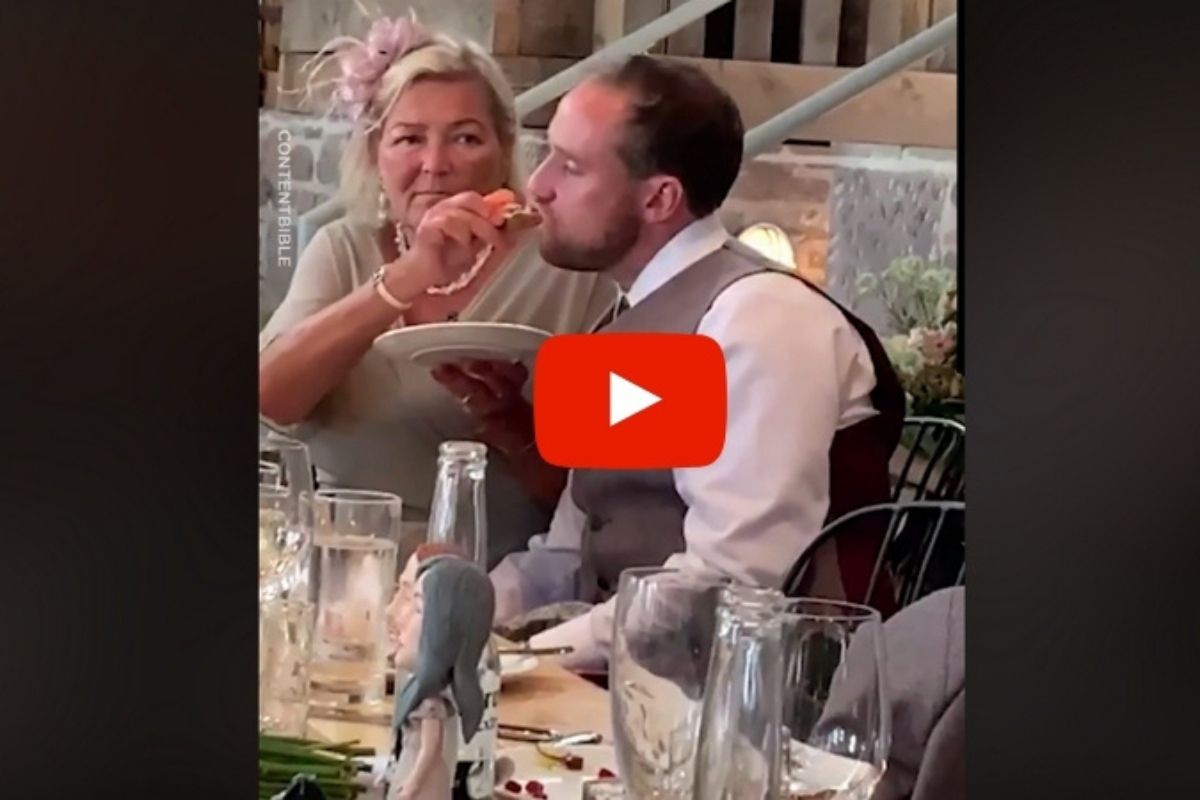 I love weddings. I love the music, the company, but most importantly, the unlimited hours of free booze. Let’s face it, we all go to weddings to get absolutely hammered and invent new dance moves. No shame in hiding it, everyone does it and will continue to do so as long as there is an open bar. Which is exactly what this man decided to do…at his OWN wedding.

This drunk groom decided to go all out and chug all the champagne and tequila shots he could find because he realized that he was finally getting hitched. That or he realized that his single life was pretty much over. But, I want to believe the first one, because I’m that type of person.

Now don’t get me wrong, I am not judging you for getting drunk at your own wedding. Heck, that’s totally expected, you’re newlywed’s! Both of you are celebrating and honestly, you spent your entire budget on it so yes, go ahead and get drunk on your wedding day if you want to. But what we are going to shame you for is for having your new mother in law hand feed you because you are so trashed that you can’t even pick up a piece of toast.

Mother-in-Law of the Year?

Yes, this unimpressed mother-in-law is a real trooper by making sure this man eats his ham on toast, shoving it right into his mouth when there is a piece of it hanging. She even gives a good thumbs up reassuring this groom is okay. Ah, that’s true love right there. Give this woman an award or something. Best mother-in-law of the year.

Still, five bucks that she is going to hold it against this man for the rest of his life. Starting that relationship on the right foot. My question here is, where was his best man? Because that man needs to be thrown in the garbage and fired immediately because he sucks at his job. Who thought it was a good idea to have the groom, who was beyond the levels of hammered, sit next to his mother in law. Nah man, at least sit him next to his mother, she has probably done way worse than feel him some meat.

Still, thank you to however recorded it is because it’s hilarious. This woman is going to watch this man like a hawk at all holiday parties, just waiting to bring this incident up again.

Editors Note: This article was originally published on August 14, 2019.