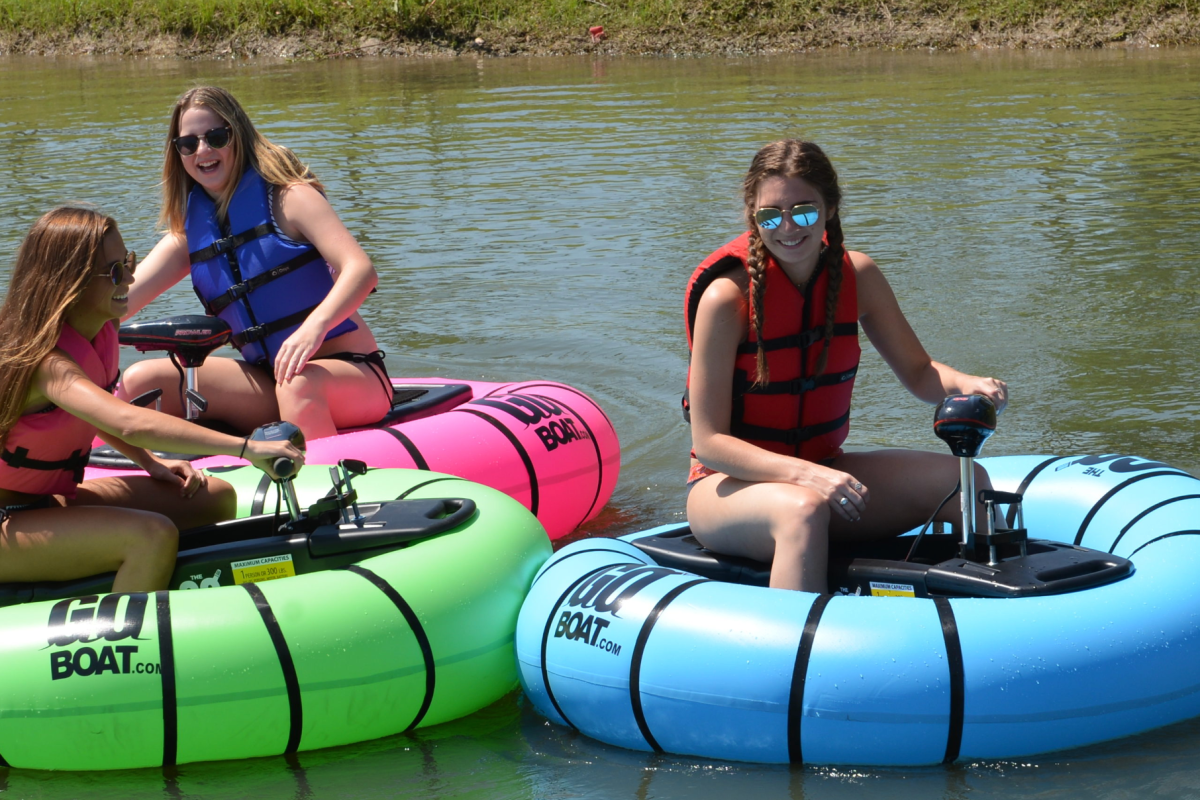 How did we not hear about these before now? We’ve written about motorized pool floats before — if this is going to become a full-on trend we’re cool with it — but these are next level. I could play bumper tubes all day. Grab me a 24 pack of Bud Light and let’s have little miniature Roman Coliseum naval battles all damn day. (Maybe don’t do this on a float trip or lake though. If you can get a DUI on one of those motorized coolers you can absolutely get a DUI on these.)

Called the GoBoat, it costs about $300 but you make that back in fun in like one hour. Conceived as a bumper boat back in 2008 by a father and his two songs, it took them a full summer of testing out designs and different ideas before finally creating fully functioning bumper boats. The rest was history.

Literally all I want to do now is duel my friends on the water. Maybe mount a potato cannon on there so we can try to murder each other with tennis balls too. I will, forever, be a kid at heart. More specifically the kid who thinks setting things on fire is hilarious, but whatever.

The next step in this has to be larger GoBoats with entire crews of people fighting each other on the water. GoFrigates, GoTriremes, GoDreadnaughts. GoAircraftCarriers that launch drones? I need these fun time naval battles to be a reality.

In the meantime a GoBoat battle on the lake or in the pool will more than suffice. You can buy these bad boys here. So make what’s left of your summer that much more exciting and give these people money so they can make bigger and cooler versions of the GoBoat.

This article was originally published on July 31, 2019.