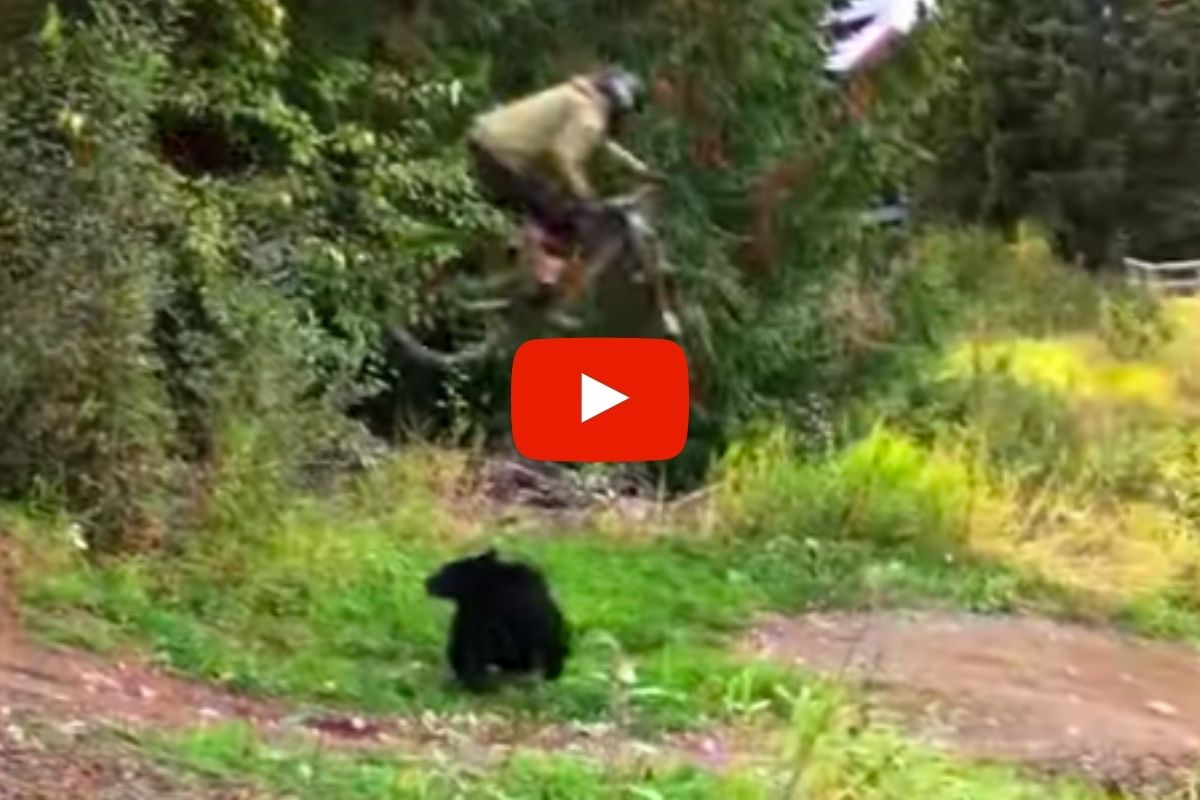 What do you watch NASCAR for? The crashes. The same logic applies to the X Games. Why do we watch people soar a hundred feet in the air on a BMX bike or skateboard? To see if their femur is going to shoot out of their leg and impale them through the eye on a botched landing. Oh, sure. We all say we watch for the admittedly impressive athletic feats but, really, we want blood.

Now we have our best chance yet at seeing the gore we crave. A mountain biker near Whistler, British Columbia, Canada jumped his bike over a black bear. Here’s the video.

Make. This. An. X. Game. Sport. You have to! Jumping deadly animals is all I want to watch now. Skateboarders jumping tigers. BMXers doing jumps over lions. Parkour runners trying and hopefully violently failing to leap a grizzly bear. Please. I need this.

We can probably exclude black bears from the list though, because according to the guy who filmed this jump the black bear was wholly uninterested in feasting on the tender flesh of this mountain biker. From The New York Post: “Both the rider and bear were fine. Five seconds later, the bear returned to eating grass completely un-phased.” Boo. No black bears allowed. Or maybe give them rabies to get their blood up at least.

A petition needs to be started immediately to get this going at the X Games, though. Who wouldn’t watch? I’d turn off the Super Bowl to find out whether or not some kid who, through years of brutal fistfights in 7-11 parking lots and terrible outdoor stairway injuries, had grown so fearless he was willing to risk dying horrifically for a gold medallion and a Mountain Dew sponsorship.

I need to see a leopard eat a rollerblader. I…I just need to.

Editors Note: This article was originally published on October 1, 2019.