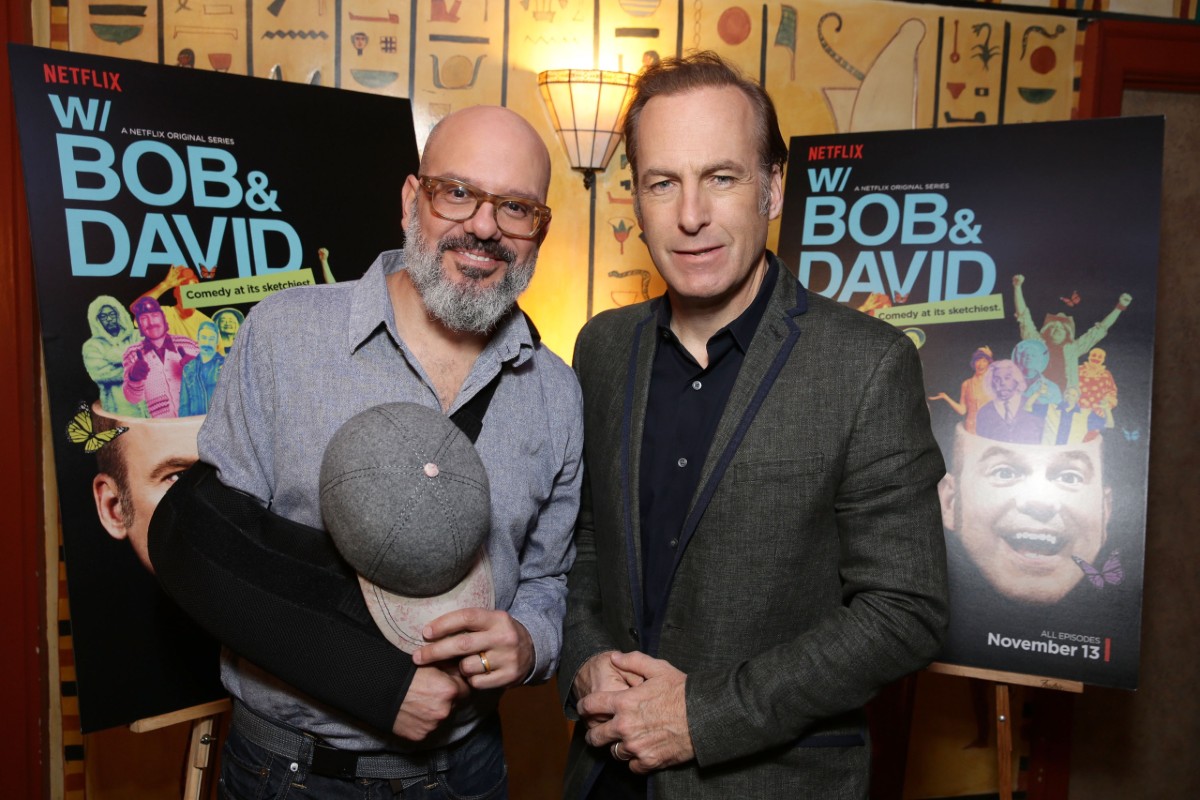 Mr. Show with Bob and David (more commonly referred to as simply “Mr. Show”) is a relic from the ’90s, an innocent age when snap bracelets were the height of coolness and we still believed Pluto was a planet. But even though the beloved sketch series aired on HBO from 1995 to December 1998, the comedy was ahead of its time. Certain skits — like “Change for a Dollar”, “Blowing up the Moon”, and “And Operation Hell On Earth” — even parody life in the United States in a way that feels more relevant than ever in 2020.

Mr. Show is the brainchild of Bob Odenkirk, a former SNL writer, and David Cross, a standup comedian. It’s a sketch comedy show with a frenetic, string-of-consciousness format. Mr. Show sketches dug into everything from corporate greed to empty advertising to racism. Oh, and they were hilarious. Mr. Show featured both Odenkirk and Cross, in addition to a number of other celebrity cast members and writers — including Sarah Silverman, Jack Black, Brian Posehn, Paul F. Tompkins, Karen Kilgariff, John Ennis, Jay Johnston, and Jill Talley.

The reporter on the scene, played by cast member Tom Kenny (who, incidentally, also happens to be the voice of Spongebob Squarepants), asks, “Why? How could this be happening?” No one knows. Since the Devastator is open, people will ride it. It’s kind of like going to an indoor DaBaby concert without a mask during the COVID-19 pandemic — people do it because they can.

Mr. Show is currently streaming on HBO, but not on Netflix — though Odenkirk and Cross’ newest show, W/Bob & David, is. You can purchase episodes or entire seasons on Amazon, or watch individual sketches on YouTube.

If you are a Mr. Show newbie, here are some of the funniest:

Watch: Why This 90-Year-Old Great-Grandma Is More Adventurous Than You