This Twitter Page Shows Off Mugshots of Attractive Women 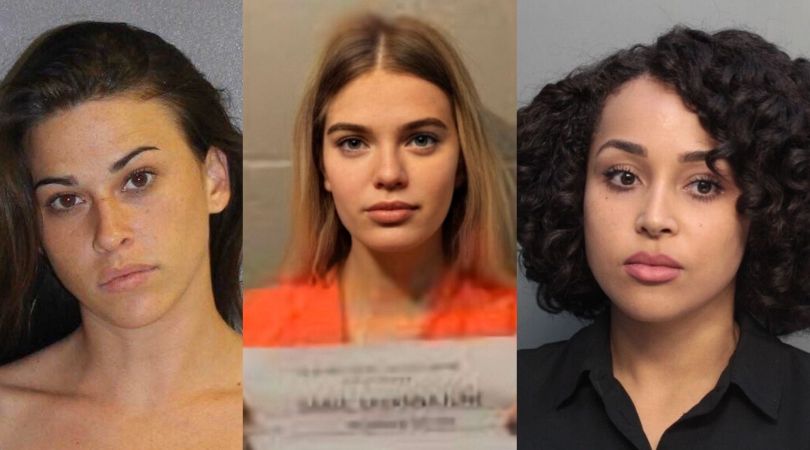 Calling all women who have been arrested! Do you think you have what it takes to make it on the Mugshawty’s Twitter page? Then what are you waiting for? Go and send them a direct message with your hot mugshot and crime! Time to celebrate looking like a bombshell despite being arrested. Might as well serve looks if you are going to serve time, am I right?

Okay, I’m kidding. Please don’t go and get arrested just to get some likes on Twitter. I am not condoning this whatsoever, but I have to admit this is pretty funny. Think of it as the light at the end of the tunnel, the good in the bad side, the rainbow at the end of the rain. Too much? Yeah, I know, but hey, I didn’t create this site, blame them!

The account posts the charges and photos of women who look, well, criminally attractive, in their mugshots. It’s so popular that it has nearly 200,000 followers. Yup, because Twitter loves to see hot women commit crimes. Usually, these crimes aren’t that serious though, some are DUI’s, possession of Marijuana, disorderly conduct and so on. Also, you know what they say, you’re innocent until proven guilty so who know if these women are actually criminals.

According to 24-year-old Josh Jeffrey, the creator of Mugshawty’s, ?A lot of people send me their own mugshots ? I get probably 15 to 20 plus [direct messages] a day of different ones. A lot of what I post is submissions.? Apparently, women beg him to show their record, hoping to get a little cash and a boost in followers. I mean, if you think about it, it’s pretty smart.

Think of it as a Tinder site, if someone likes you, they’ll reach out to you. Easy kind of exposure, really. Imagine getting a message just saying, “Hey girl, I saw your mugshot on twitter. Wanna hang?” Ah, I love the internet, really. Taking into account the severity of being arrested, Jeffrey did note that he doesn’t want to profit from the account itself and if someone asks for her photo to be down, he complies asap.

He also never posts any personal information such as names or social media handles of the felons out of respect, despite men asking him to. So, at least he’s respectful in that sense. I mean, I don’t really see anything wrong about this, especially since he does get consent from some of the women, ya know? But then again, if my mother saw my picture on there, oh lord, I’d be shunned for life.

Minor Disclaimer (again): No, I am not condoning getting arrested so you can submit your mugshot to become famous. Please don’t do that. We cool?

theft of identity, theft of property, and fraudulent use of credit card pic.twitter.com/d15d1n7sEb