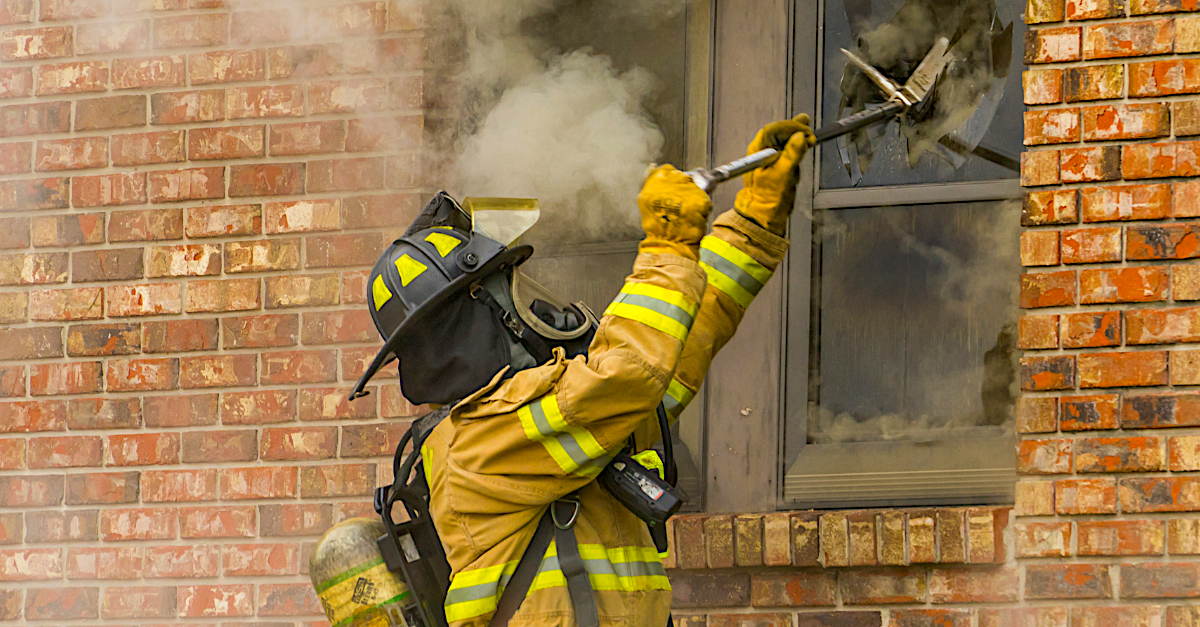 A naked Florida man who was, by his own admission, two liters of vodka deep — and also high — was arrested after he nearly burned his house down while attempting to bake cookies on his George Foreman Grill.

The Niceville, Florida man, who firefighters say would have died of smoke inhalation if he had stayed in his house much longer, at some point during his vodka-soaked day decided he wanted freshly baked cookies. So he tossed some dough on the Foreman. (No doubt an old Florida recipe.) However, because the man had been drinking enough vodka to kill a Russian circus elephant, he forgot about the cookies and they, along with the Foreman Grill itself, caught fire. The man’s solution, then, was to toss some dry towels on the fire. That sounds crazy, yes, but keep in mind that he’s crazy.

After that the fire kept spreading and, apparently, the man was out of dry towels and/or ideas.

The man had been drinking since 9 a.m. when he answered his door naked at 5:30 p.m. and found firefighters on the other side, informing him that his house was on fire. The man said, “I’m sorry” and closed the door, which was not the outcome the firefighters were shooting for.

Eventually, the police came to the scene to assist. They knocked again and this time the man was nice enough to leave the door open and let everyone in. The police took the man into custody for his own safety and he readily admitted the details his extremely Florida day. The firefighters finally put out the fire and everything went back to Florinormal.

Let this be a lesson to everyone. If you’re going to drink two whole bottles of vodka, smoke marijuana, take off all your clothes, bake cookies on a flat iron grill, forget about them, and catch your kitchen on fire, don’t use towels to put that fire out.