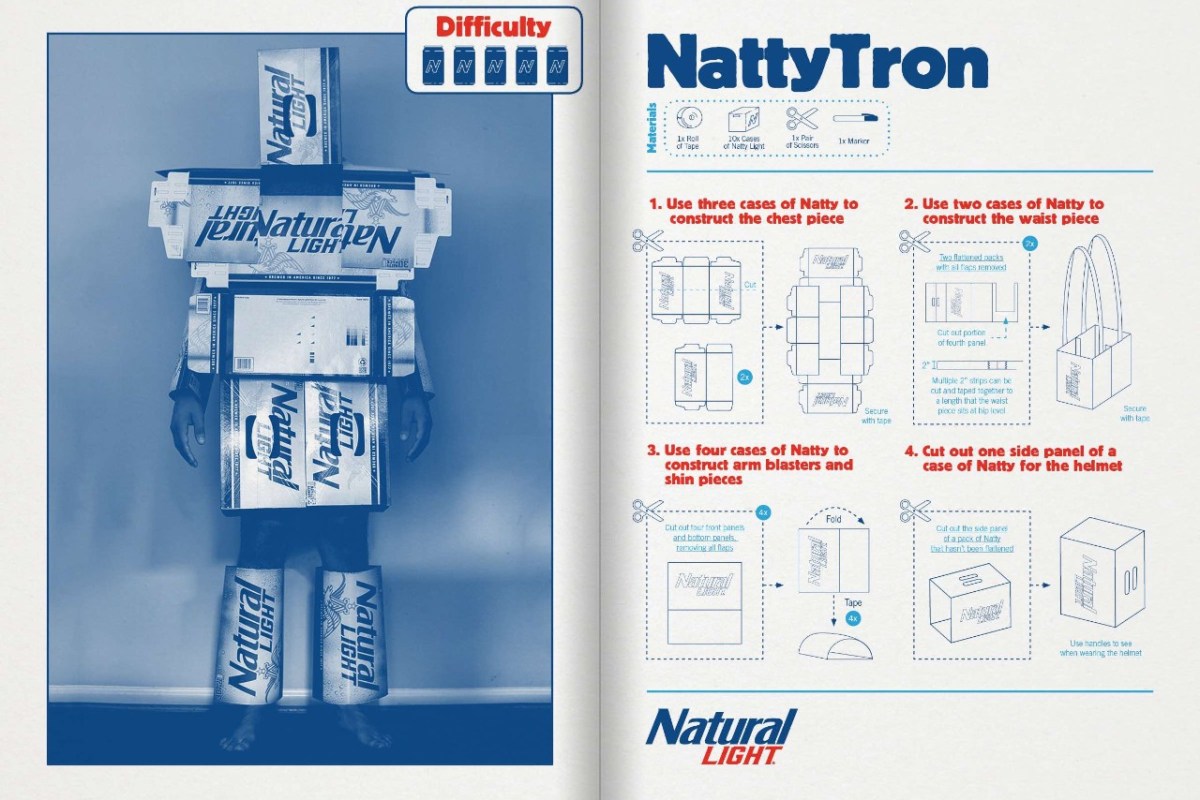 Need a last-minute Halloween costume to impress all your friends at the party? Do you love to drink cheap beer? Then Natural Light has the perfect solution for you. Natural Light has recently launched their very own Halloween DIY costume collection, which you can make yourself on the fly.

Natty Light, the light pilsner brewed by Anheuser-Busch, has always been a college favorite (especially since they came out with their 77-pack). Super light, refreshing, and, oh, yea, perfect for the college budget. Take advantage of some of those cases you have piling up in your recycling bin ? it’s time to party!

“For years, the Natty Light community has been making hysterical costumes out of beer boxes. So this Halloween, we?re embracing our fans? tradition and created the step-by-step instructions for how to make these standout costumes,” a spokesperson from Natural Light shared with Food & Wine.

The following costume ideas are sure to win the costume contest at the bar (or office) and totally outrank those cliché animal costumes.

Using ten cases, this costume takes a little bit more effort than the rest. You’ll be bathing in Natty Light by the end of it. I wouldn’t call this one a last-minute costume, however, if making this costume means having to buy ten cases of natural light beer I’m sold.

You only need four beer boxes for this adult costume. Try bringing along some beach towels and a cooler of cold ones to make it really feel like the beach.

Love to be a party animal? There’s a beer costume just for you! Make it a group costume with a whole bunch of bunnies. Eat your heart out Pabst Blue Ribbon.

It doesn’t get any more American than cornhole, beer, and funny costumes. Build your own cornhole game with a friend and you’ll be the life of the party.

Save the animals with this fun take on the ark. Make it a group costume by having friends dress as various animals.

Hear that? That’s the sound of a Halloween costume winner.

Print out the costumes here.

Editors Note: This post was originally published on October 30, 2018.