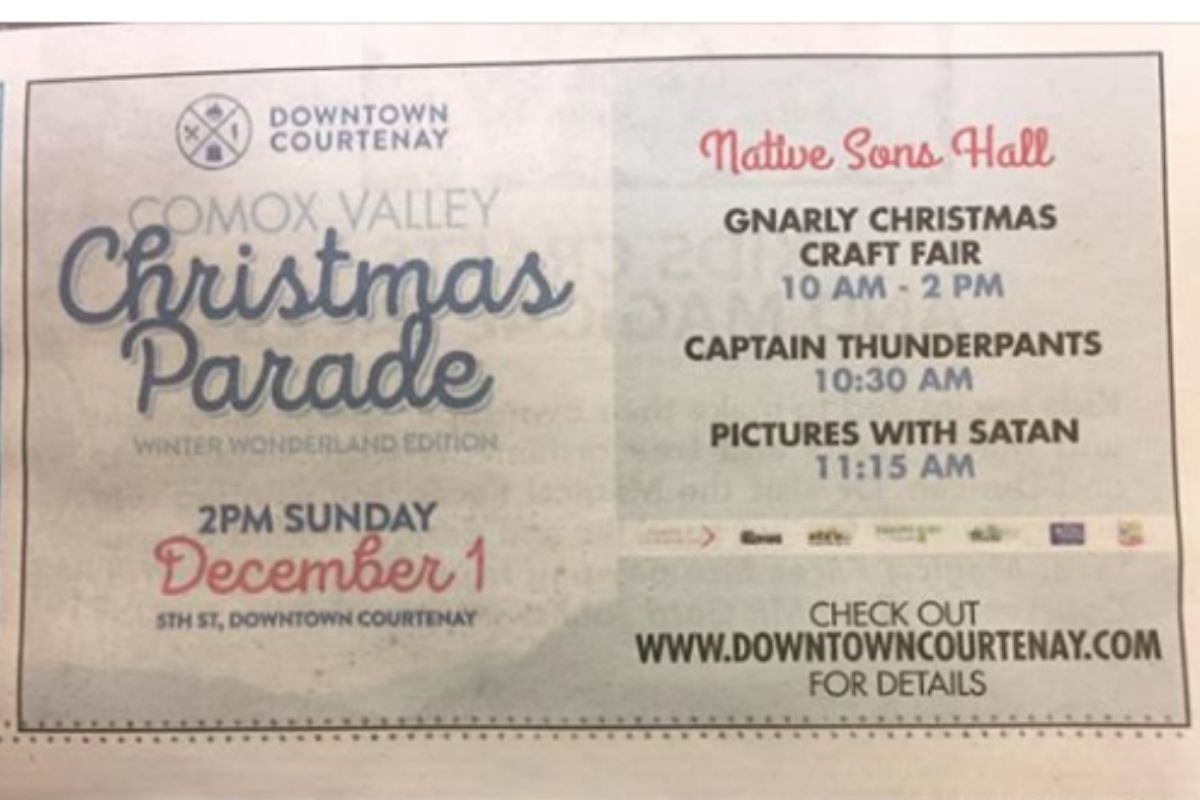 Man, oh, man. This is definitely an awkward situation to be in. A British Colombia newspaper advertisement for “pictures with Satan” once generated quite a lot of commotion for the Sunday Christmas parade taking place in Comox Valley. Because well, nobody wants to take pictures with Satan, especially during Christmas time.

After realizing about the…uh, mistake, Comox Valley Record wrote an apology to their audience. They noted, “There is no excuse for it, and we aren’t about to use this space to make any. The same number of eyes proofed the ad as with anything that runs through the advertising and production departments. Somehow, this was missed, and for that, we sincerely apologize – to the clients affected, as well as to any readers offended by the mistake.”

Well this is awkward. pic.twitter.com/yDwTqQs4G9

So, just to confirm it for those who are still confused, no, Satan was not be present. Santa was the one at the parade at 11:15 am for photos. Phew, cue the sighs of relief. Close call on that one, for sure. The ad also promoted a lineup of events coinciding with the parade such as a “Gnarly Christmas Craft Fair,” followed by a Captain Thunderpants concert and then, ultimately getting a photo with Santa.

So yeah, honest mistake, it can happen to anyone. Forgive this employee, he was probably just tired. I guess we can look at the bright side of this. At least now everyone knows when and where the Courtenay Christmas parade will be. So, the British Columbia newspaper sort did themselves a favor.

Still, they were not quick enough to avoid all social media backlash from Twitter users roasting then due to the unfortunate typo. The holiday season definitely got a little bit more interesting for this town. This Canadian newspaper needs a lesson on proofreading.

Editor’s note: This article was originally published on November 27, 2019.