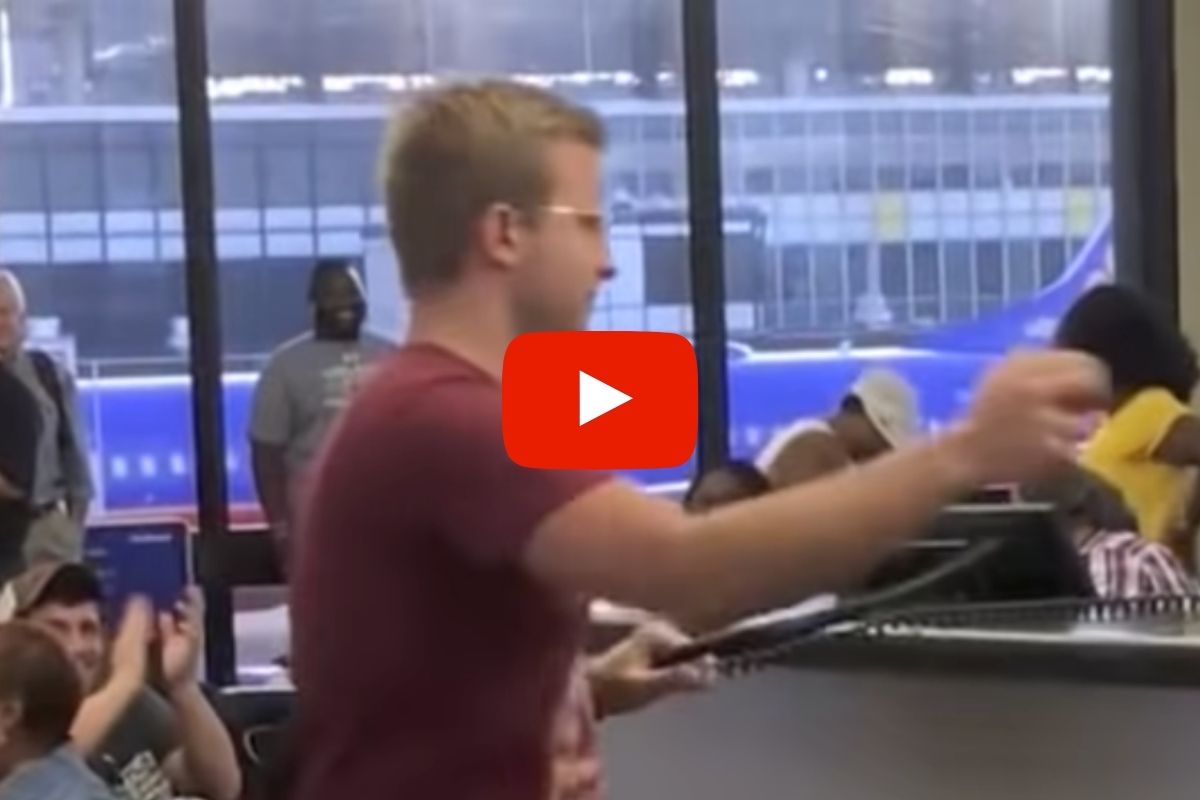 Waiting for a flight at the airport is often boring at best, and can sometimes be stressful, but thanks to the karaoke stylings and enthusiastic dance moves of a Southwest Airlines passenger waiting for his flight at Louis Armstrong International Airport in New Orleans, Louisiana, the wait was a lot more fun.

Southwest Airlines Required Those With a Question To Sing

It’s rare that anyone would wish for a flight delay, but if you were around as a man blasts into a rendition of the Blackstreet classic “No Diggity” over the gate desk PA microphone, you might hope to stick around a little longer. Thanks to the magic of social media, even those of us not lucky enough to be in New Orleans within range of the Southwest Airlines counter at Gate B7 during this truly magical event can enjoy.

As reported by Washington Football, a man named Mike Vadala explained via Facebook post that “Our gate at Nola Southwest required everyone who asked a question to sing.” This particular passenger must have asked a long series of questions judging from his nearly flawless rendition of “No Diggity” that got fellow passengers, flight attendants, and Southwest gate agents singing along.

Just What Does “No Diggity” Mean, Anyway?

“No Diggity” by Blackstreet was the first single off the R & B group’s 1996 album Another Level. Written and produced by New Jack Swing producer extraordinaire and Blackstreet member Teddy Riley, the song also featured Dr. Dre and Queen Pen and reached number one on the Billboard Hot 100 on November 9, 1996. It’s obviously a classic that still gets people in the mood to dance, sing, and have a good time. Per Song Facts, “the title is an expression that can have many uses, but generally means “absolutely” or “for sure.” Who among us couldn’t help but like the way this guy worked it? No diggity, no doubt.