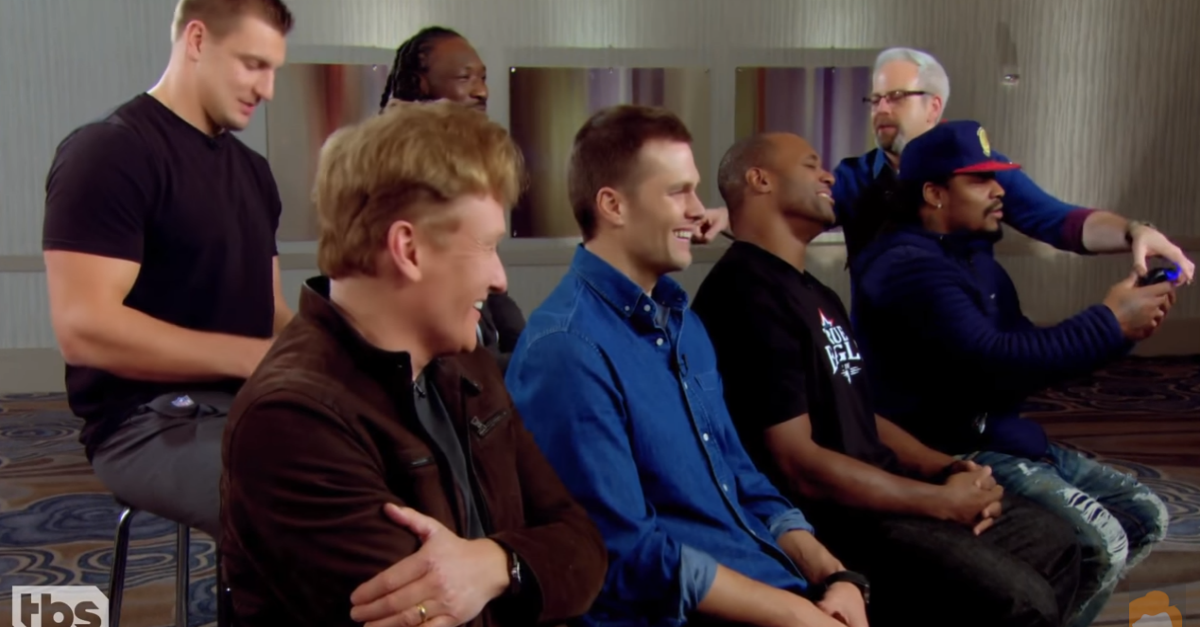 Conan O’Brien is in Houston for the Super Bowl. For the third year in a row, the comedian invited players from the teams in the big game to join him for an episode of “Clueless Gamer.” He brought along sideline reporter Erin Andrews, who stated, “I’ve covered a lot of exciting sporting events and I can say without a doubt that this is not one of them.”

This year, O’Brien snagged Patriots quarterback Tom Brady and Falcons defensive end Dwight Freeney. When they first sat down together, O’Brien asked that Freeney apologize for sacking Brady on four occasions, but that backfired when Brady tricked his opponent into an unrequited apology.

RELATED: From tackles to tweets: NFL players read mean things that people say about them online

Things took a turn for the hilarious when Rob Gronkowski and Marshawn Lynch (who schooled Conan in an earlier episode of “Clueless Gamer”) showed up.