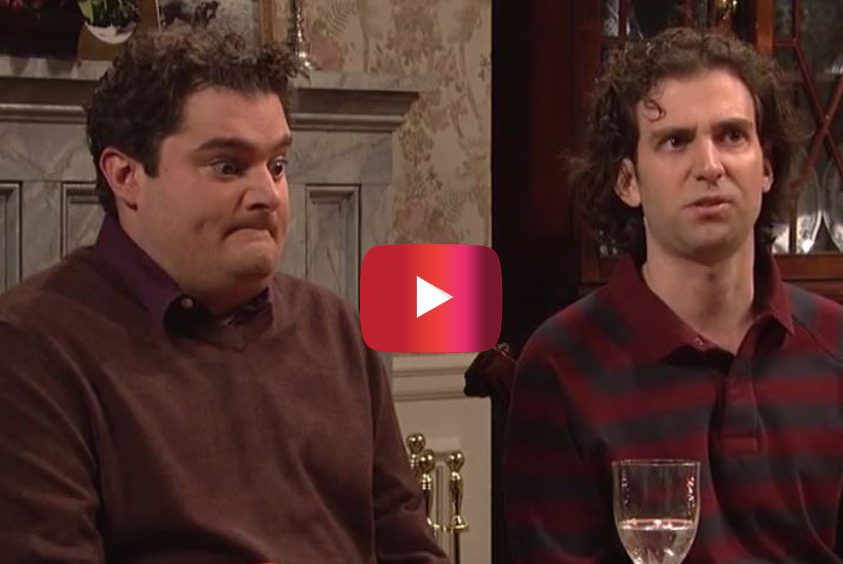 Thanksgiving dinner is the time of year for your super weird relatives bring random people they are “dating” to your house for a meal.

An Awkward New Girlfriend to Bring to Thanksgiving

This 2013 skit from NBC’s “Saturday Night Live” addresses that awkward moment head on when a family is introduced to their youngest son’s new girlfriend.

In the scene, Josh Hutchinson plays Trey, the son who brings his girlfriend, played by Vanessa Bayer, home to meet his family (played by Aidy Bryant, Taran Killam, Kyle Mooney, and Bobby Moynihan). The family is hesitant to meet the new girl as Trey’s dad, played by Taran Killam, “hates every girl he brings home.”

Trey and Elise enter the dining room and to Trey’s family’s surprise, Elise is actually a turkey. The family sits down to enjoy the meal and Elise asks what they are eating.

Trey is outraged and screams at his father, “Dad, what are you trying to do?”

“It’s Thanksgiving! I didn’t know your girlfriend was a goddamn turkey!” his father yells.

Elise recovers and agrees to sit at the table and enjoy the meal with Trey’s family. As his father begins to carve the cooked turkey in front of her, Elise is woozy and gets up from the table. She storms out of the house and tells Trey to lose her number, making for one awkward family meal.

This article was originally published November 24, 2015.