A group of retired friends from Salt Lake City, Utah used to meet every Saturday at a friend’s deli, where they’d drink coffee and shoot the breeze. It was a nice way to spend retirement… until they all outlived their respective material. Realizing they’d already heard all of each others’ stories and knew everything interesting about each other already, deli owner Tony Caputo decided to get a card table and rent a tent at the farmer’s market across the street so the group could give out free advice to strangers instead of listening to each other.

Caputo wasn’t kidding. He and his friends set up the “Old Coots Giving Advice” tent, complete with an official banner and the slogan, “It’s probably bad advice, but it’s free.” It was all pretty much a joke at first. A way for the group to liven up their Saturdays. But then something funny happened: people started showing up, and with some serious questions.

“Where can I find someone to love?”

“Why does my cat pee on everything in the house?”

“Have I put in enough time at my new job to take a one-week vacation?”

Quickly, they realized how much people need a sounding board. They took the responsibility seriously.

“People ask us, ‘Are you guys qualified to do this?’ and of course, we have to say no,” said Caputo, 69. “But neither was Ann Landers. Hopefully, we won’t mess people up too much.”

Each Saturday since the summer, the “Old Coots” have taken on the issues of about 30 to 40 people who come by seeking their advice. It’s a way for a person to get an outside opinion from somebody who has nothing to gain, he said.

“It started as a joke, but it’s become a phenomenon,” Caputo said. “Somebody told us the other day that we’re the most popular attraction at the market. We always listen carefully and don’t give gratuitous advice.”

This is my new plan for retirement. Set up a table at a farmer’s market for me and my friends (but replace the coffee with a cooler full of beers) and tell younger people how to handle stuff. I promise my advice will be twice as bad!

“Class too hard? Fake having ADD so you get put in a remedial course but still get to be given credit like you were in the hard one.”

“Bully problems? Here’s my switchblade bring it back next week.”

The group provides fun advice for people all over the country with their new Podcast. Give it a listen! 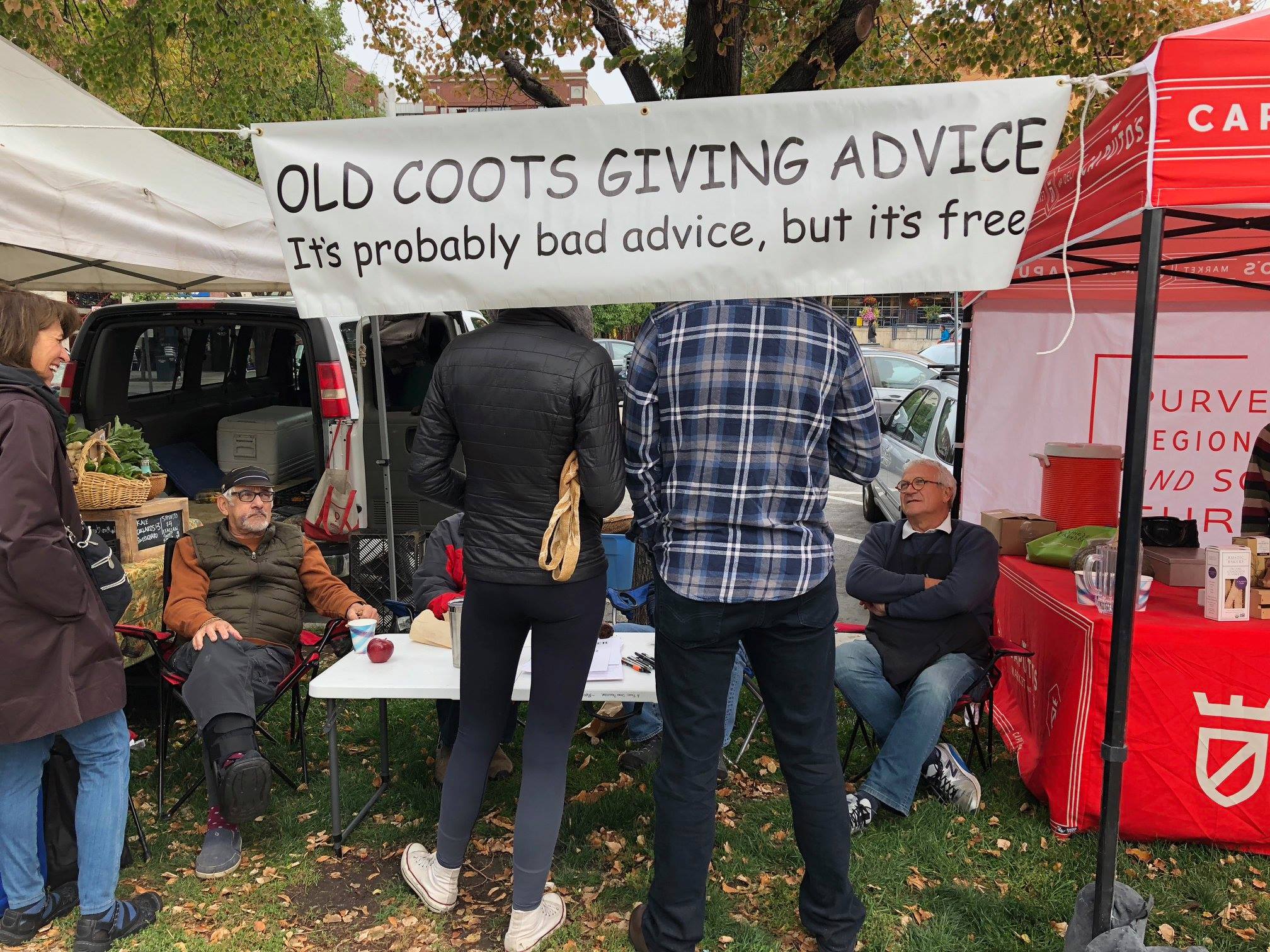