On the verge of a fight, one Cubs fan flipped the altercation into a dance battle 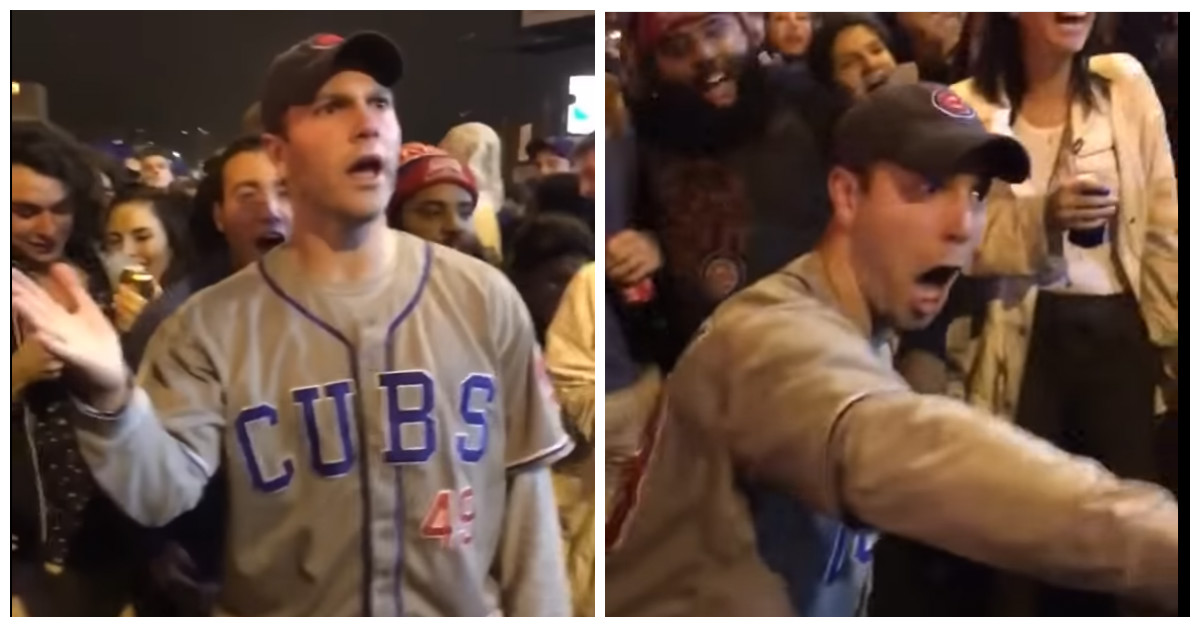 For over 100 years, being a Cubs fan was nothing to dance about. Two world wars, a great depression and Elvis Presley came and went without the Chicago team winning a World Series. However, that all changed last year, and the fans are still ecstatic about it.

RELATED: President Obama was full of jokes when the Cubs came to DC

In a video that surfaced last week and is quickly going viral, one Cubs fan turns what seems to be an inevitable altercation into a dance battle — and he did it with only one move. The video was actually recorded last November, but it’s gained traction in the past few days.

At the beginning of the clip, we hear somebody urging “easy, easy–stop it” then another voice yells “hit her.” And from among the crowd, a peacemaker, wearing a Cubs jersey and armed only with a can of beer, appears and saves the day.