One Dummy Shoots Another Dummy in the Junk with an Arrow, Hurts His Own Junk in the Process 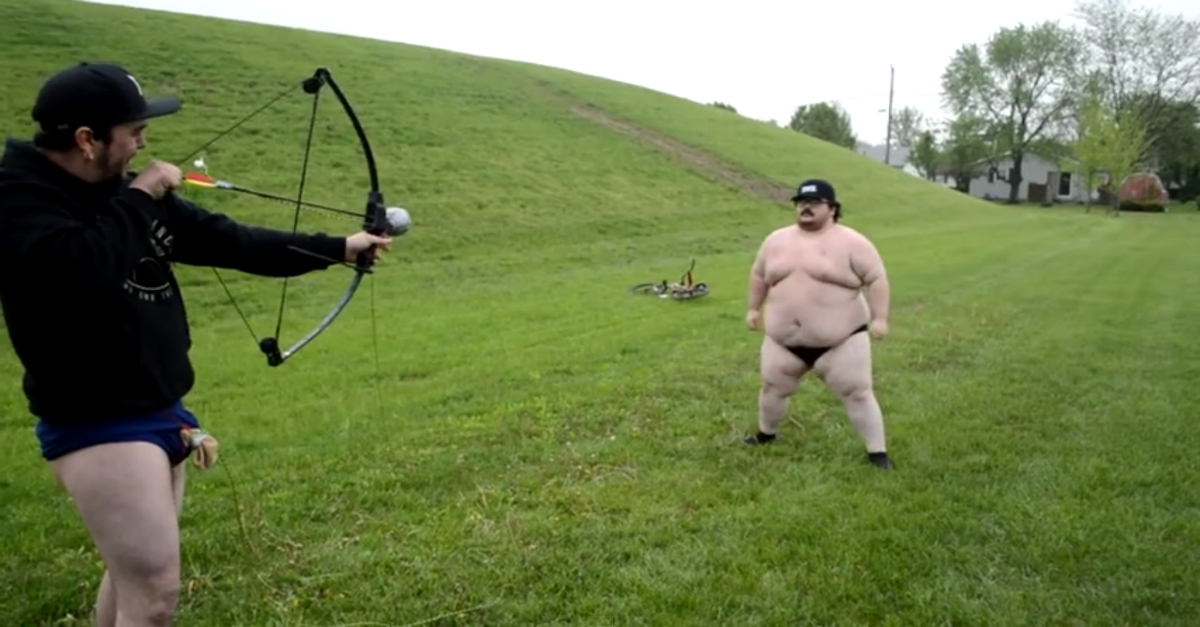 We found this bonkers video on the Too Stupid To Die YouTube channel, which features a bunch of similar videos made by a group of friends who inflict pain on themselves and on each other for our entertainment.

RELATED: A pair of British jackasses used salt and ice to stick themselves to each other and immediately regretted the decision

In this particular video, one member of the crew ties one end of a rope to an arrow and ties the other end to his — well, to his member. He then aims the same arrow at his friend’s member, and fires. The pair repeat the stunt several times, and the end result is always the same: they end up in extreme pain.