Santa Claus really came to town in this sketch from last night’s “SNL,” as one couple experienced a real Christmas miracle, while the woman staying in their guest room had a bit of a different experience with the holiday season.

Host Casey Affleck begins explaining, “Me and my girl woke up and came downstairs and Santa Claus was standing in the living room, real as rain.” Affleck and said girl, Cecily Strong, agreed to go with Saint Nick to the North Pole and boom, they were in the sleigh.

But Ms. Rafferty — obviously Kate McKinnon — woke up a few minutes later, when her hosts and Santa were already gone. She was greeted by a 9-foot-tall goat man named Krinklemouse, Santa’s helper according to an old fairy tale. “Krinklemouse, it turns out, travels by dogsled,” she continues. “Which sounds fun, but then he straps a harness on me […] these dogs don’t fly, they run.”

If anything, just watch for all of the ridiculous things Kate McKinnon calls her nether regions in this sketch, of which there are many. Because no holiday is complete without a reference to “my cooter and my tooter.” 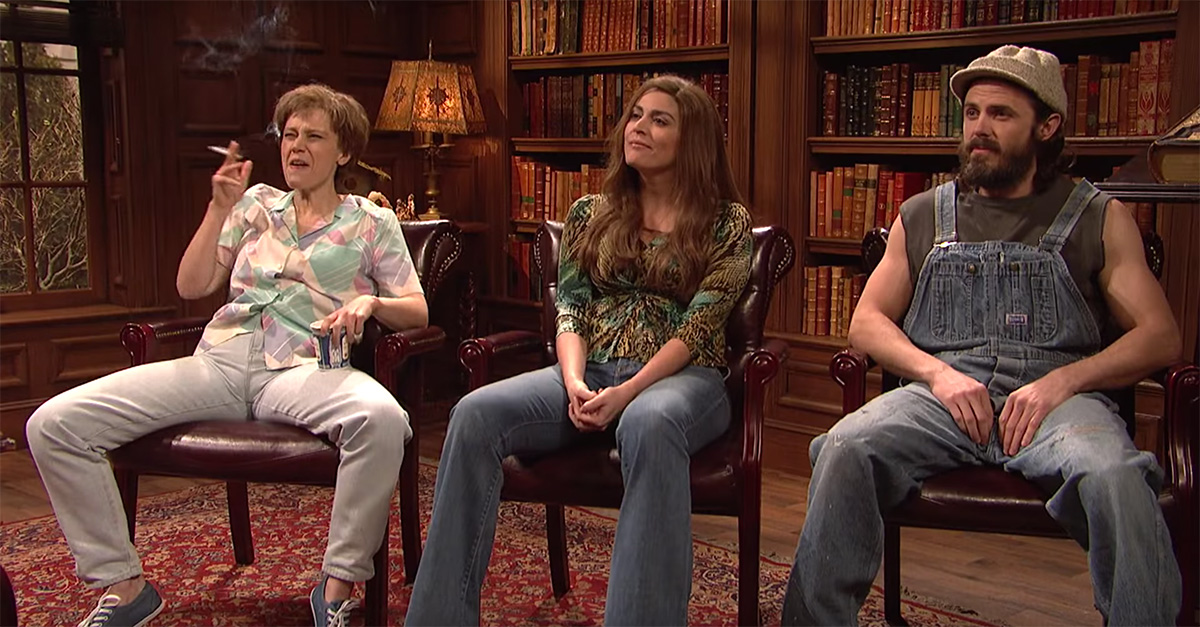