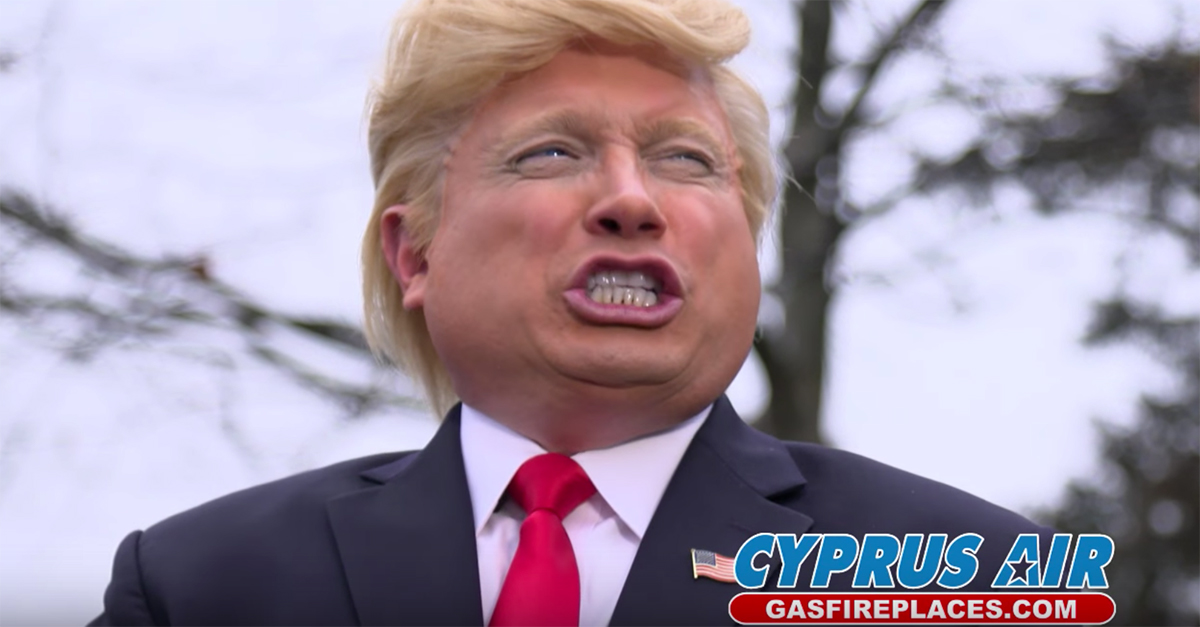 Local ads are usually pretty terrible. So terrible, in fact, that most people probably don’t even know they’ve aired. This is not one of those ads.

But it’s not just the visuals, the ad also features some unbelievable copy. With zingers like, “it’s so warm in here it reminds me of Palm Beach” and “Joe, hold on, I gotta tweet this out, this is an AMAZING deal,” the writing does an incredible job of actually sounding like something the President would say.

The 30-second spot was uploaded to Cyprus Air Heating, Cooling, and Fireplaces’s YouTube channel on February 3, 2017 and has since been viewed more than 300,000 times.