Over 25 years later, the sketch that launched Chris Farley’s career is still one of the funniest ever 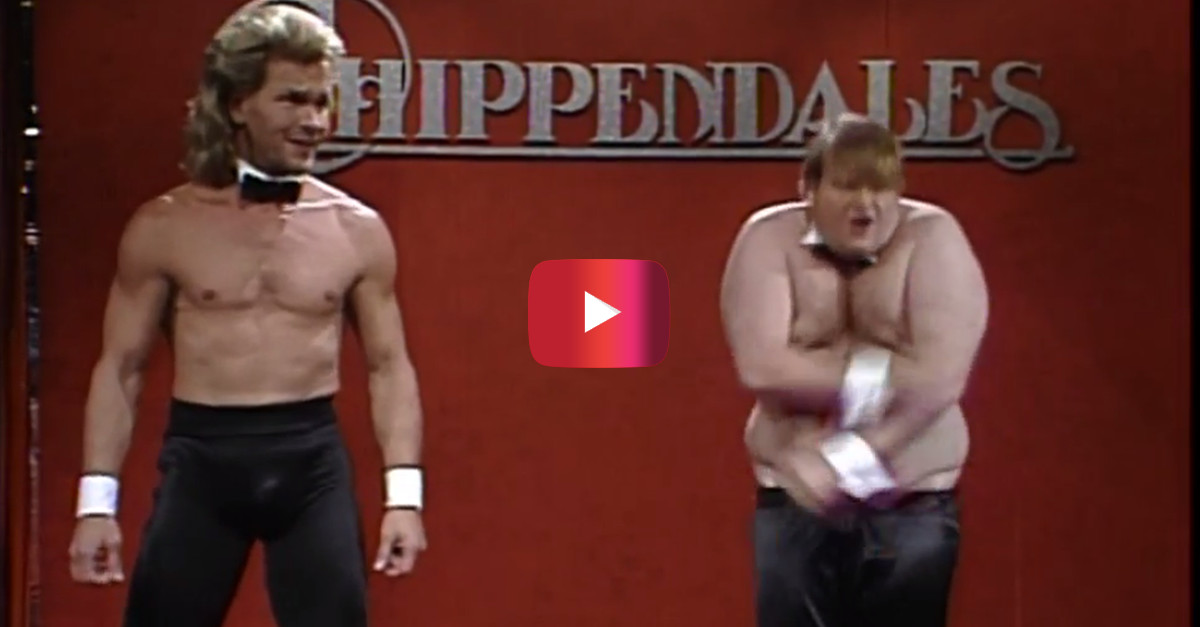 In a Patrick Swayze-hosted episode of “Saturday Night Live,” Chris Farley participated in one of several sketches that would help bring the featured player to SNL super-stardom.

In just his fourth show on the program, Farley acted alongside actor Patrick Swayze in what has since become known as “the Chippendales sketch.”

The sketch finds the incredibly in shape late Patrick Swayze paired with the overweight Farley in an audition to see who will be the next dancer at Chippendales, a once-popular nightclub that employed male strippers.

“This is impossible, can’t we just hire them both,” Mike Meyers character declares about Swayze and Farley, while also sympathizing with the two for having to endure a five-hour long audition.

Once Farley’s Barney and Swayze’s Adrian hit the stage, they are given one last chance to show their worth and both men go wild on the dance floor.

When Farley takes off his shirt and moves around the stage with his massive belly flopping around, the crowd absolutely loses their minds.

The skit shows off what would help make Farley a household name, with his commitment to physical comedy, despite his advanced size going unparalleled among members of the cast.

In 2008, SNL co-star Chris Rock explained how the sketch is one of the things that ultimately led to Farley’s demise seven years later of a drug overdose.

“‘Chippendales’ was a weird sketch. I always hated it…The joke of it is, basically, ‘We can’t hire you because you’re fat.’ There’s no comic twist to it,” Rock said.

“It’s just fucking mean. Chris wanted so much to be liked. As funny as that sketch was…it’s one of the things that killed him.”

A tragic behind-the-scenes look at a classic sketch.