Duck and Tiger Duke it Out in Zoo Pool 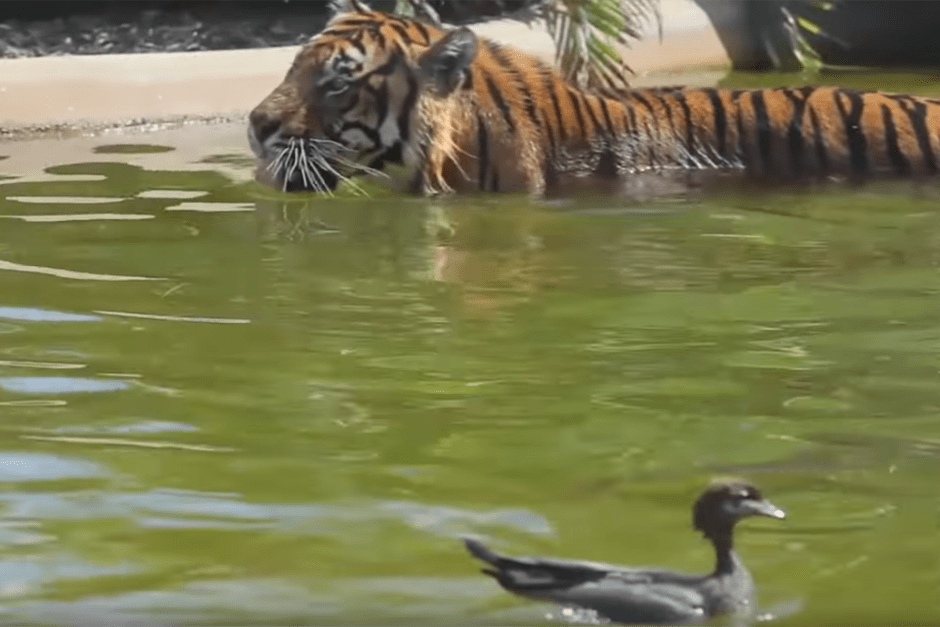 Ozzy Man, the famous Australian who throws his wild commentary into hilarious videos that are going viral on the internet, is back with a review of a battle between a duck and a tiger in a zoo swimming pool at Symbio Wildlife Park, and it’s everything that you might have hoped for from a funny animal viral video. Unfortunately for the tiger, the battle between the duck and the big cat takes place in the water.

Over the soundtrack of Wolfmother’s “Joker and the Thief,” Ozzy Man imagines the trash-talking that the duck might be getting away with throughout the highlight compilation. Such statements include, “I reckon you should have been born a snail” and “You’re gonna end up tired and out of breath, you dickhead.”

And credit to this duckling. Every time tiger tried to pounce this smart duck went straight underwater. It knew the only way win this deadly game of Marco Polo was to go where this Sumatran tiger couldn’t see it. After a while it almost seems like this isn’t the great escape so much as it is the duck trolling the tiger for the social media memes. (If ducks actually used social media this would feel really likely.)

This Duck Really Should Have Died Though

Was the tiger just bored? This seemed like a really half-assed attempt by the tiger to take down the duck. It feels like this tiger could have totally and completely wrecked this bird if it felt like it. Maybe it was a young tiger. Not yet skilled enough to take down some dumb duck intruding in its pool. If that duck comes back, though, that thing is absolutely going to be ripped in half.

This article was originally published February 16, 2016,

Watch: Woman Gets Scared Near to Death by Scarecrow at Spirit Halloween, Gets Real Mad