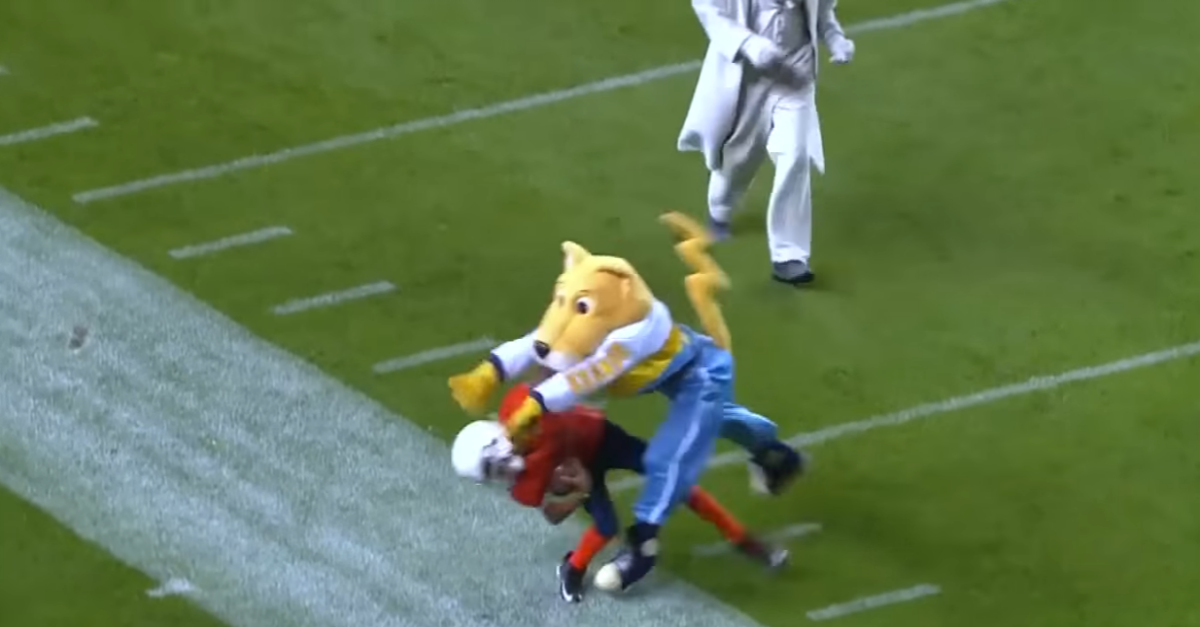 For those of you still unfamiliar, Ozzy Man is an Australian who takes on the issues of the day (mostly sports) in the most ridiculous way. He posts his commentaries on YouTube and his page “Ozzy Man Reviews” has over one million followers. Almost all of his reviews are a bit on the vulgar side but that’s really just an Australian being an Australian.

RELATED: Creepy clowns get taken on by Ozzy Man reviews

In his latest review, he dishes on a Kids vs. Mascot football game that gets a little out of hand, as he declares, “these American football creatures are way more terrifying than anything that lives in Australia.” Which is saying a lot since 21 of the 25 most deadly snakes in the world live in “Straya.”