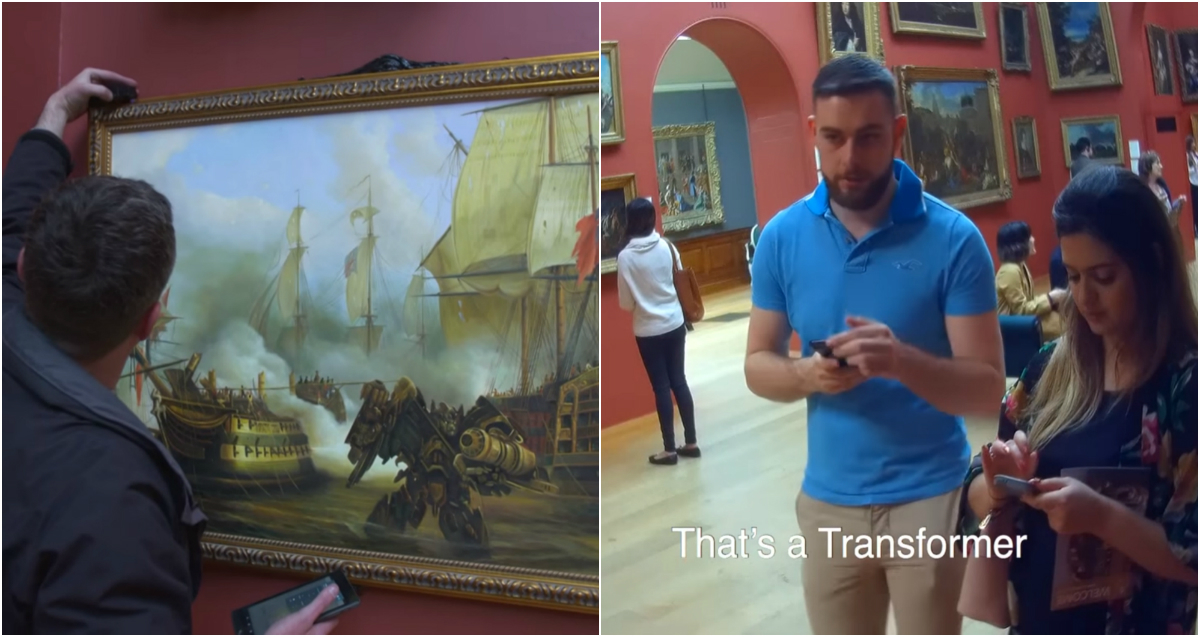 “Transformers: The Last Knight” — the newest installment of the never ending “Transformers” franchise — will be released on June 21st. The marketing department over at Paramount Pictures has gone on an insane public relations blitz in order to make sure there are butts in seats when the film comes out.

The most recent part of their viral marketing campaign involved pranking some unsuspecting gallery-goers at the Dulwich Picture Gallery in London.

RELATED: A group of geniuses made a shot-for-shot remake of the ?Transformers: the Last Knight? trailer and it?s so much better than the original

The Paramount Pranksters replaced a famous painting with an almost identical replica. The only difference was the retro-looking transformer hiding in plain sight.

Plenty of people were sufficiently freaked out, but some were just confused and others clearly had a hunch that something shady was afoot.

Will this marketing campaign pay off? We’ll find out at the end of July.