Passenger Films Wheel Rip Off of Plane During Take Off 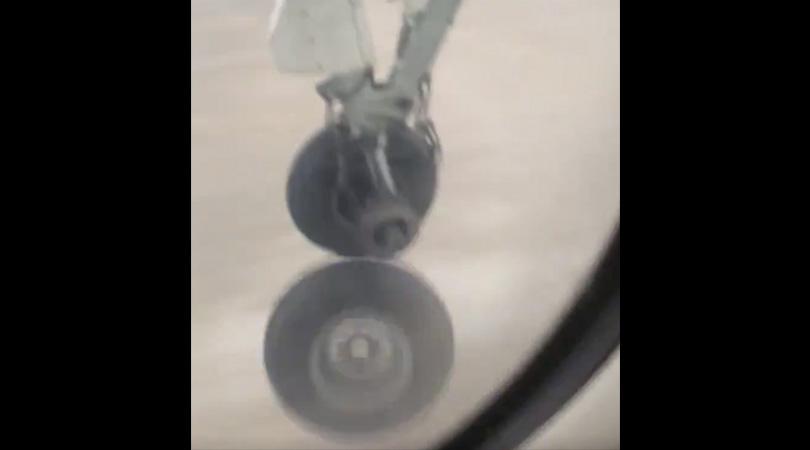 Have you ever been convinced you’re going to die? Like, gun in your face, train speeding toward your stuck car, on the toilet after eating Jack in the Box convinced you’re going to die? It’s a fair assumption the Air Canada passenger who shot this video of a wheel on the plane she was traveling on basically exploding out of its nuts during takeoff had that exact feeling.

The Jazz Aviation or now known as Air Canada Express flight on a high-wing Dash 8-300 plane lost its wheel as it took off from Montreal-Pierre Elliott Trudeau International Airport en route to Bagotville, which is only 23 miles north. The passenger captured the fun on video and then wrote on Twitter, in French, ?I?m currently on a plane that just lost a wheel. 2020 starting off well.”

Well, that tweet aged well with all the things that have happened this year, namely the protests and rioting, as well as COVID-19 and the coronavirus pandemic. Maybe add “better thorough inspection of the aircraft” to the list of things the world’s attempting to overcome in 2020.

At no point did the experienced pilots lose complete control of the aircraft, despite losing their landing gear. The flight immediately turned around for maintenance personnel and crew members to make the necessary repairs and landed back at the Montreal airport after the wheel came off, and the 49 souls aboard all presumably ran to the nearest airport bathroom to puke and crap and cry until there was nothing left inside of them.

If I experience such situations ever, I would immediately hit the airport bar as soon as I deplaned. I’d hit it hard. I’d happily overpay for an entire bottle Jack Daniels by roughly 700% and bong its contents until I couldn’t feel anymore. That’d be the only way I would be able to get back onto another plane and accept that I might lose my life because I was too lazy to drive 20 miles to someplace called Bagotville.

What a way to go, really. You died because you couldn’t be bothered to drive 20 to 30 minutes. That is, almost certainly, going to be the unspoken reason so many people one day die while riding jet packs.

Editor’s note: This article was originally published on January 6, 2020.