When Patton Oswalt took the stage to host the 2017 Writers Guild Awards, just about everybody knew there would be some political humor in tow. And the iconic funnyman didn’t disappoint, immediately thanking the Russian soldiers the Department of Homeland Security supposedly placed at the door.

RELATED: Patton Oswalt reveals the heartbreaking cause behind his sudden wife’s death

Oswalt joked that he’s scared because he “doesn’t want to get kicked to death by James Woods.” Woods is a hard-line Trump supporter, and in response to Oswalt’s stab at him, he climbed on stage and told the comedian to “buy some shoes.”

Woods also lamented that he “lost half his Twitter following” by attending the show.

RELATED: President Trump supporter gets fired for this insensitive comment during a Twitter battle with comedian Patton Oswalt

And much to Woods’ chagrin, Oswalt continued blasting Trump.

“Donald Trump taking Obama’s job would be like if the head of linguistics at Rutgers made fun David Lee Roth and David Lee Roth was like, ‘I’m going to take his job!'” he said.

While his monologue was mostly a jab at the Trump administration, Patton did send out sincere thanks to the writers being honored, saying, “Thank you all. Right now, television is the way that Hollywood was in the early 70’s, so thank you all.” 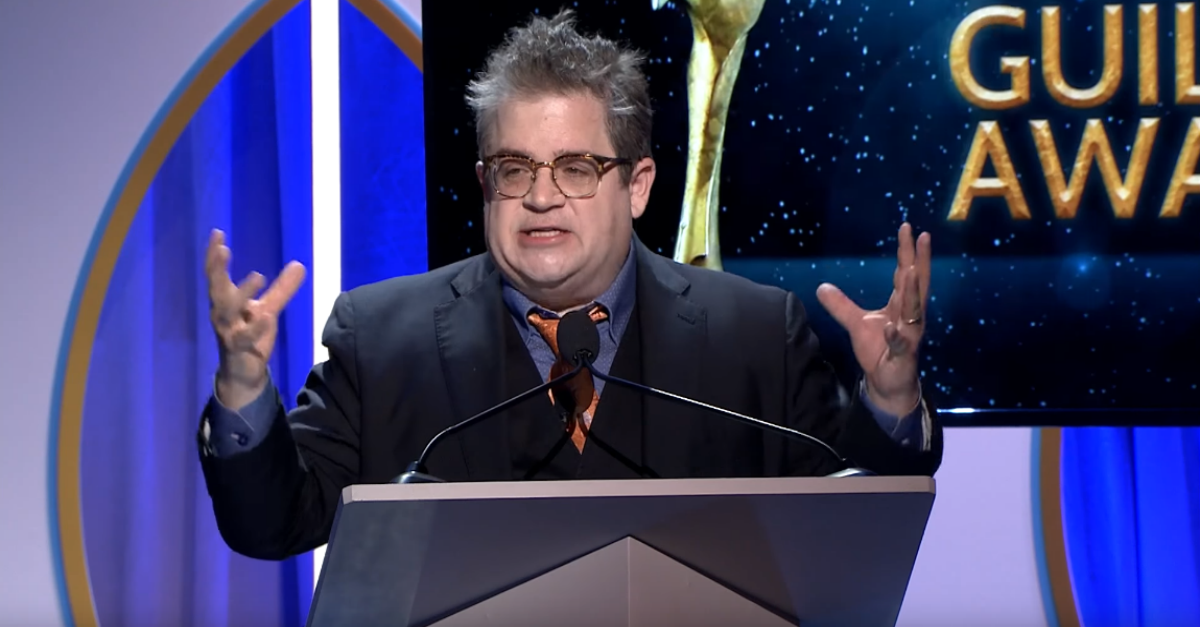