Menu
Follow us
Search
Menu
Search
Patton Oswalt, left, and his daughter Alice Rigney Oswalt are seen at the Los Angeles premiere of "Inside Out" at the El Capitan Theatre on Monday, June 8, 2015 (Photo by Dan Steinberg/Invision/AP)

On Sunday, comedian and actor Patton Oswalt shared a picture of his daughter Alice on Twitter with a postcard that Patton said he mailed to the White House. The picture has garnered over 57,000 likes on the site and features two emojis, a cool face (me) and a frightened face (you). She also wrote out the address to the White House on the side of the letter.

Alice just made this postcard for President Trump. I just mailed it. pic.twitter.com/R8ouktijxe

RELATED: Patton Oswalt reveals the heartbreaking cause behind his sudden wife’s death

When, unsurprisingly, Twitter users accused Patton of “brainwashing” his daughter, he responded (in seemingly broken English) that she was “playing with friends and then bring it into house.”

but no she was, playing with friends and then bring it into house to me I laughed true and she also didd!!! https://t.co/DSk8bzZ98b

Patton has been raising Alice as a single father since his wife died in April. In December, Oswalt wrote a powerful op-ed in GQ in which he said that being a single father “feels like a walk-on character is being asked to carry an epic film after the star has been wiped from the screen.” But he declared that “I’m moving forward—clumsily, stupidly, blindly—because of the kind of person Alice is.” 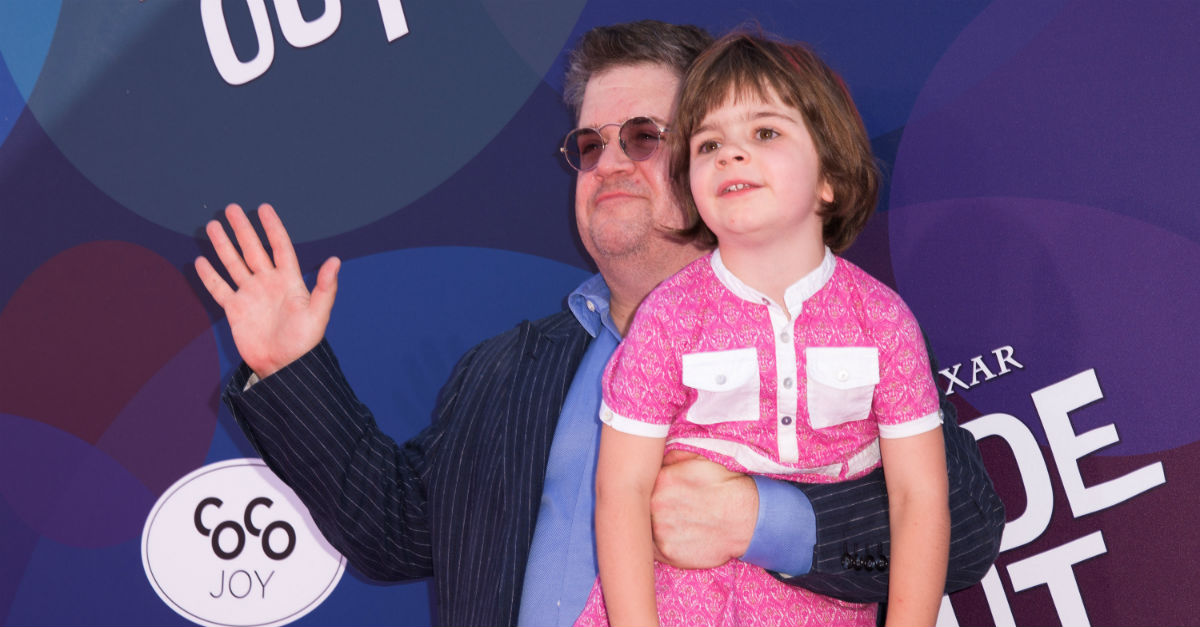