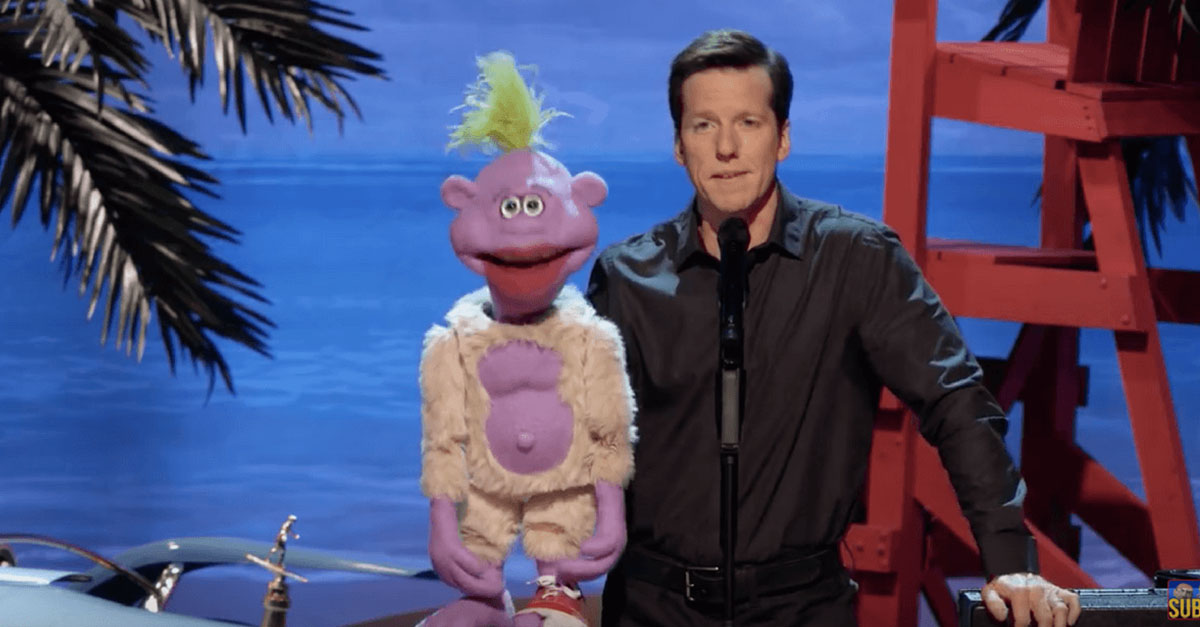 Jeff Dunham has a special way of making us laugh about everyday situations. He can make typical daily activities sound hilarious rather than frustrating.

Many of us need a daily dose (or several doses) of caffeine to help us get through the day. Jeff’s sidekick Peanut is no exception to this. Some people claim to enjoy the taste of coffee, while others admit they have an addiction to the caffeine. It’s pretty clear that Peanut is an addict.

In the video below, Peanut just can’t stay still. He bounces all over the place. The poor purple puppet is shaking and quaking and firing on all cylinders because of his caffeine high. He even answers questions before Jeff asks them!

Peanut stumbled into Starbucks before the show and had more than his fill of caffeine. He’s not supposed to have any caffeine, but he couldn’t help himself. There is one place where Peanut draws the line: coffee enemas. He told the audience if they want to play a joke on a barista, grab a piece of chalk and write ‘coffee enema’ as a special. Then point to the menu and tell the barista last time you had it frozen!

Even if you don’t like coffee, you will laugh at the video below!

I wonder if Peanut got his latte after the show. He didn’t seem to need it. Perhaps he needed all that caffeine because Jeff’s twin baby boys were keeping everyone up during the night.

Peanut isn’t afraid to speak his mind. He’s also not afraid to tell jokes about Jeff. At one performance, Peanut declared he is also a ventriloquist. He brought out his puppet named Little Ugly Jeff and mocked Jeff’s looks. Click here to watch that hilarious video.