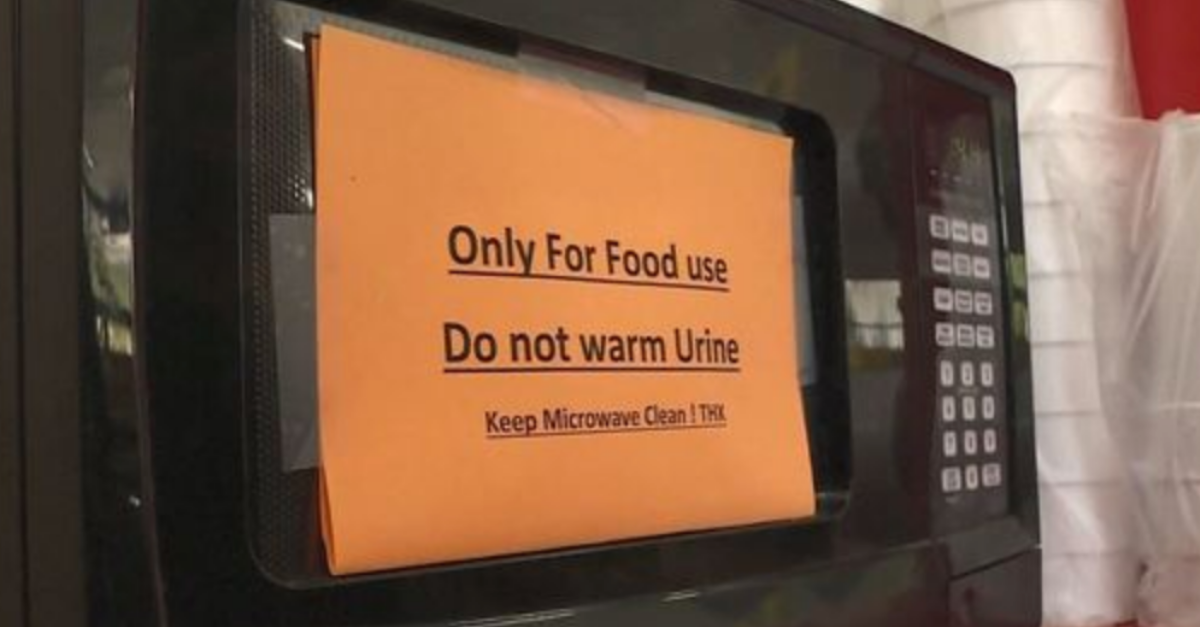 A convenience store owner in Jacksonville, Florida has a rather uniquely Floridian problem: people won’t stop heating up pee in his store’s microwave. And he is just sick of it, you guys. The microwave, which is generally reserved for heating up gas station food that makes liquid come out of your backside, is instead being frequently used to heat a liquid that has already exited people’s front sides because the convenience store happens to be around the corner from a drug testing facility.

People come into the store to warm up the “clean” pee they got from friends, or whomever, in order to make it seem like the pee is theirs, and fresh, thus allowing them to pass their drug tests.

And to be fair to that woman, she was technically in the right. Florida law states that you can do anything to anything that doesn’t have a sign on it saying you can’t do something to it. Are you imagining the horrific possibilities? Congratulations, you’re imagining Florida. (It’s not a great law.)

Hopefully, the sign will be effective at keeping disgusting things from being heated up in the microwave. From now on it’s only frozen burritos filled with bean canning factory sweepings and ground cow taint that was cooked eight weeks prior, breakfast sandwiches made with reused broken grocery store eggs, off-brand Bagel Bites made with ingredients that can’t legally be described as cheese or bread, gas station coffee when the pot isn’t warm anymore, and a big spider that a night shift cashier traps in there but doesn’t want to have to touch to kill.