In a surprising — but not entirely unexpected — move, Kevin Spacey has been dropped from his upcoming film “All The Money In The World,” to be replaced by veteran actor Christopher Plummer.

The biopic about billionaire oil tycoon J. Paul Getty’s refusal to pay the ransom for his kidnapped grandson was set to premiere in a mere six weeks on Dec. 22. However, director Ridley Scott decided the sexual assault allegations against Spacey warranted dropping the lead actor and re-shooting all of his scenes. The announcement of Spacey’s replacement by Christopher Plummer — best known for roles in films like “The Sound of Music,” “A Beautiful Mind” and “Up” — sparked a hilarious series of memes and gifs, suggesting Plummer should replace Spacey in everything.

Users slapped Plummer’s face over top Spacey’s image in several of his roles, from “House of Cards” to “Seven” with comical results.

let's go ahead and have Christopher Plummer replace Kevin Spacey in everything pic.twitter.com/azXKuc2Dhu

Christopher Plummer trending. Time to break out one of the greatest gifs ever. pic.twitter.com/t7HM4rjo7x

Is it too late to have Christopher Plummer host last year’s Tonys?

The fan-made edits are mild in comparison to the major changes Kevin Spacey’s storied career has undergone since actor Anthony Rapp, 46, alleged that Spacey, 58, made a sexual advance on him when he was 14. Since Rapp — and several others — came forward, Spacey’s been hit with a cancellation of his Netflix TV show, the rescinding of awards, and now, being booted from an already completed film. 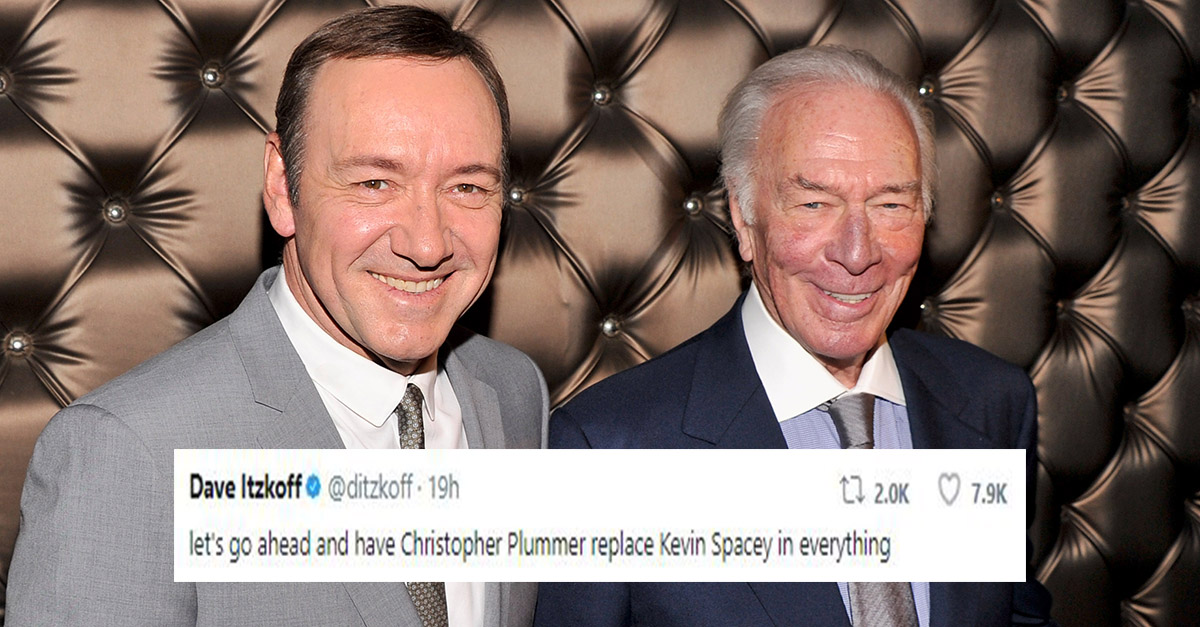