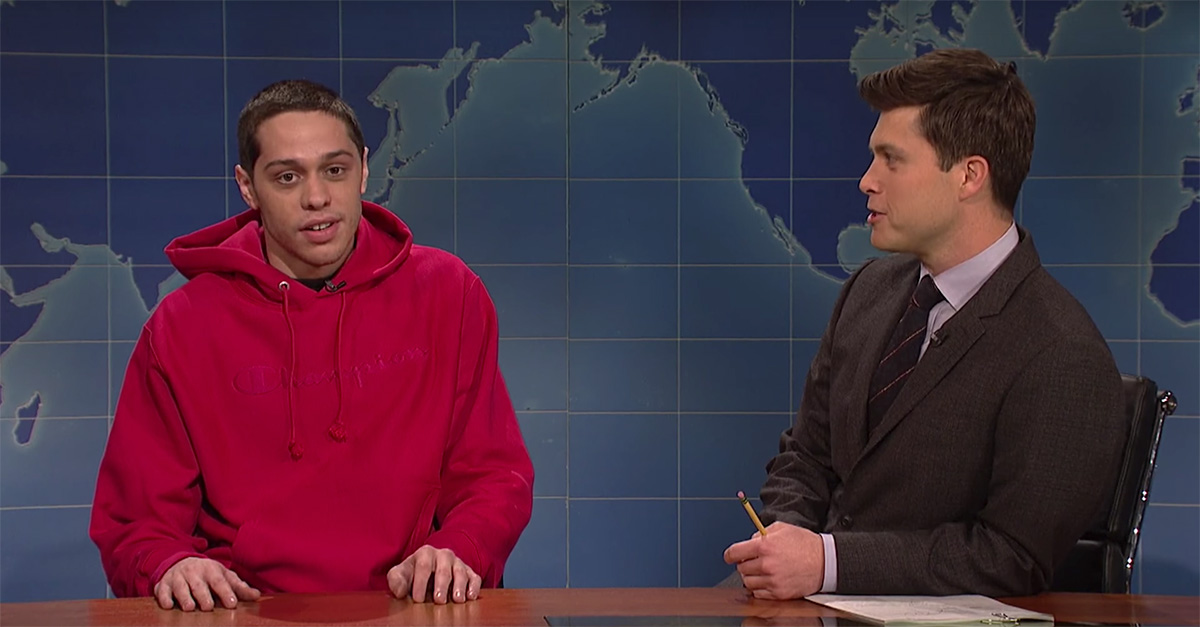 Once a vocal pot smoker, “Saturday Night Live’s” “resident young person” Pete Davidson recently took a brief hiatus from the show to check into a drug rehab center, and for the first time he’s learning there are 24 hours in a day — he had thought there were only six.

RELATED: “SNL” gives Kate McKinnon and Melissa McCarthy an excuse to get weird together as old Hollywood starlets

“I was on drugs for the last eight years,” Davidson says. “Now I have to get all the bad kids out.” His dry delivery takes a second to hit the audience, which makes it all the more satisfying. Jost doesn’t get it. “I’ve got a bunch of dummies in there,” Davidson points to his crotch. “If I had a kid right now, it would come out with a snapback and a neck tattoo.”

RELATED: “SNL” dreams up a new product from Amazon and AARP: the Echo Silver

Being sober also seems to have brought Davidson a new kind of clarity, like knowing to not pick a rehab facility while you’re high. Because that’s how you end up as a guy allergic to horses at a facility with “horse therapy.”